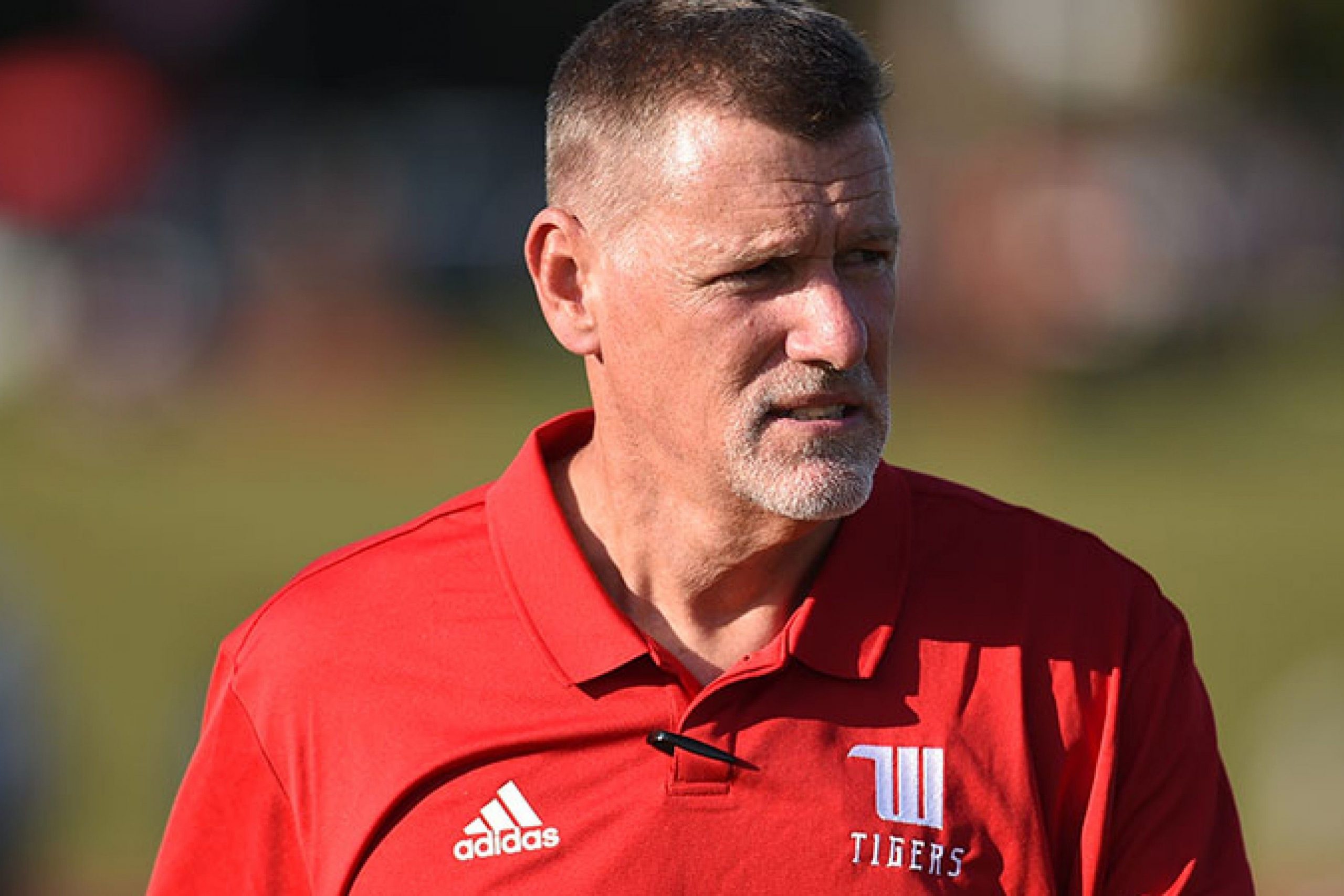 SPRINGFIELD, Ohio – After amassing an impressive record, including a career win percentage of 81.5% and 10 NCAC Coach of the Year designations, Joe Fincham, a staple on the Tiger sidelines since taking the top spot in 1996, will make his 25th season as Wittenberg’s head football coach his last.

Fincham, who is currently ranked 9th in win percentage and 10th in total victories among active football coaches across all divisions, formally announced his retirement from Wittenberg to his staff and team today, Nov. 18, five days after the 2021 regular season concluded.

“Joe Fincham is the winningest coach in the tradition-rich history of Wittenberg University football,” said Brian Agler, vice president and director of athletics and recreation. “His long tenure brought conference championships and other on-field success to our University. He has also impacted numerous lives of student-athletes. We wish Joe, Rita, and their children, Mack, Samantha, and Annie, the best as he begins this exciting new chapter.”

For a quarter of a century, Fincham has built upon Wittenberg’s proud athletics tradition, leading the Tigers to an overall record of 224-51, including a North Coast Athletic Conference (NCAC)-best 165-24 record during that time. Three years ago, Fincham also became the 86th head coach in NCAA history to surpass the 200-win mark and the 26th Division III coach to do so. Only 44 coaches, including Fincham, have managed to achieve this distinction at one institution. With that accomplishment, the West Virginia native joined the likes of Woody Hayes, Bear Bryant, and John Gagliardi on the eye-popping shortlist of coaches.

Additionally, Fincham’s teams have captured 14 NCAC titles, and Wittenberg has reached the NCAA Division III Tournament 14 times during his tenure as head coach. Along with his NCAC Coach of the Year awards, Fincham has earned numerous coaching honors including the American Football Coaches Association Regional Coach of the Year in 1998 and 2009, and Ohio College Football.com Coach of the Year in 2009. His teams have also produced 77 All-Americans, and in his dual role as offensive line coach, he has tutored 11 All-America offensive linemen. Moreover, he led the Tiger football program to its 600th all-time victory in 1999 and its 700th all-time victory in 2011.