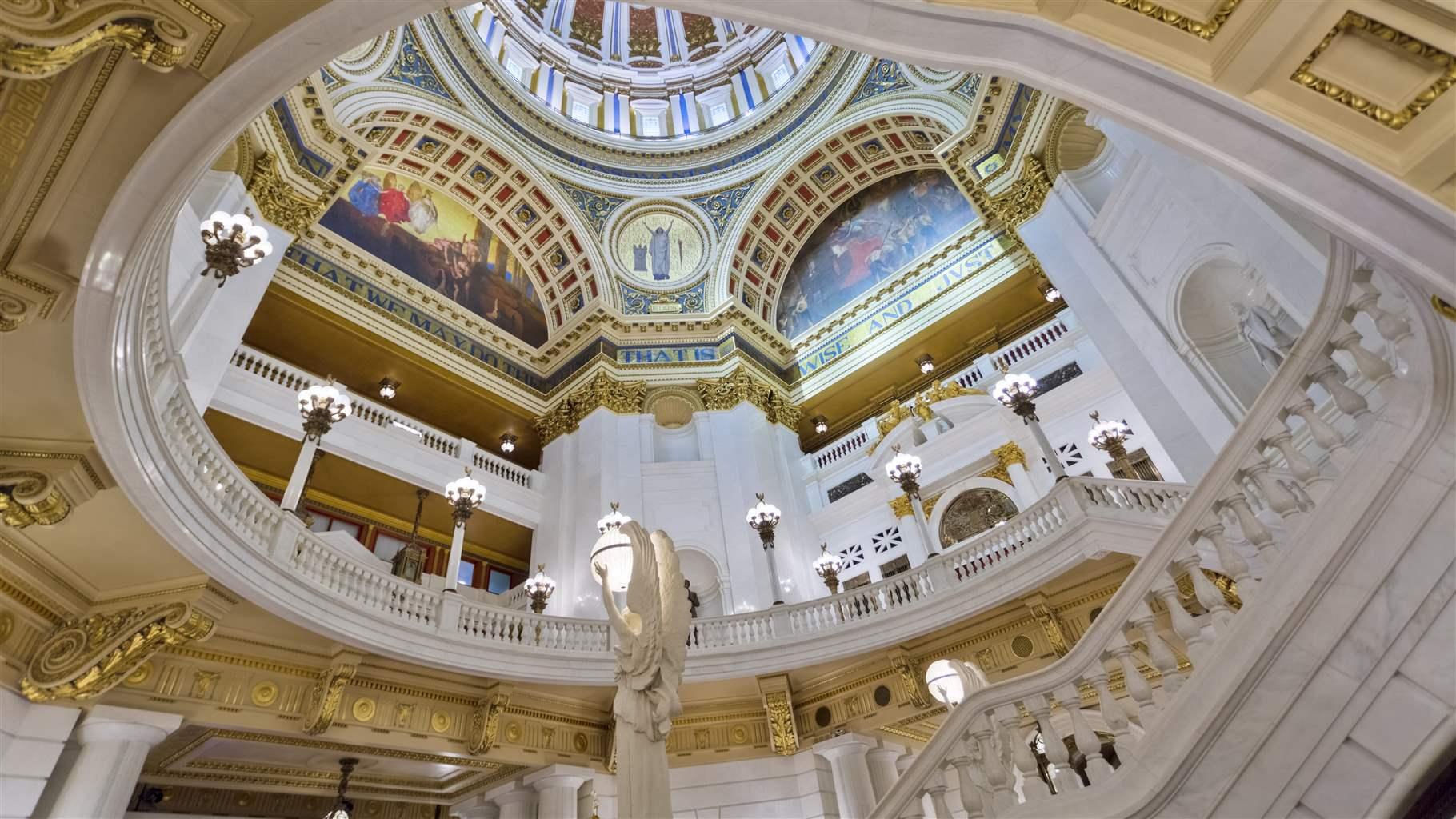 The Pew Charitable Trusts urges the creation of Pennsylvania’s Keystone Saves. This state-facilitated retirement savings program for businesses without a retirement plan relies on regular payroll contributions to fund individual retirement accounts (IRAs). Keystone Saves would be a public-private partnership in which IRAs are professionally managed by a third-party financial firm overseen by the state with administration and investment fees kept low through the economies of scale created by a statewide program. Among its many important benefits, the program would:

Give businesses a no-cost retirement benefit for their workers

Keystone Saves would apply to businesses that have five or more employees, do not otherwise offer a retirement plan such as a 401(k), and have been operating in the commonwealth for more than a year. The employer’s only role would be registering for the program and facilitating workers’ payroll contributions—a task often delegated to payroll providers. Participating employers would make no contributions of their own and would have no legal responsibility for the program beyond remitting savers’ contributions. And employers could opt out by starting their own plan at any time.

Seven states have enacted similar programs, with three (California, Illinois, and Oregon) launched to date, and employers are embracing these initiatives. In Oregon, 27% of businesses signed up at least 90 days early. One business owner in a Pew survey of participating employers in Oregon said, “I do appreciate the program overall. It helps younger staff start saving early. For a small business that can’t afford to have a retirement plan, it is a nice option for our team.”

The Keystone Saves program would allow workers to achieve a secure retirement. Demand for such an opportunity is high: Other statewide IRA programs have seen participation rates of 60% to 80% of eligible workers. Participating employees make regular payroll contributions that are invested in a range of low-cost mutual funds. Workers could opt out of the program or adjust contributions at any time. Participants can withdraw contributions tax- and penaltyfree for any reason, such as a financial hardship, and savings would be automatically portable across participating employers. The workers would always own the IRAs; neither the state nor the employers would ever have a claim on their savings.

Keystone Saves would improve Pennsylvania’s fiscal position by helping residents easily save for retirement. State financial outlays—such as from Medicaid—are expected to increase for a growing elderly population with insufficient savings. According to a study from the Pennsylvania Treasury, the fiscal impact of under-saving will cost the commonwealth an estimated $14.3 billion from 2015 to 2030. Pew has a county-by-county analysis of the fiscal impact there. This cost will be borne by a shrinking share of the working-age population. The Pennsylvania Independent Fiscal Office estimates that by 2030 there will be 57 households aged 65 and over for every 100 working-age households, an increase of nearly 50% from 2015. But small savings can have a big impact: The Treasury study estimates that the fiscal burden could be completely erased if households saved just $98 a month—an achievable amount as existing savings programs in other states are seeing contributions of roughly $110 a month.