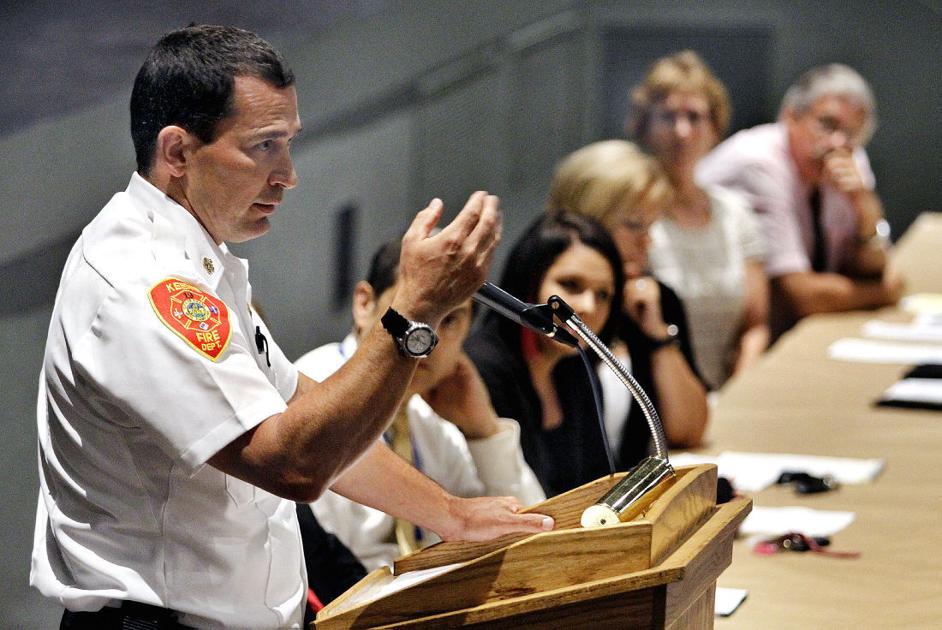 After eight years in the role, Mark Howard has announced his upcoming retirement as Keene’s fire chief.

Howard is set to retire on March 31, according to a news release Thursday from City Manager Elizabeth Dragon. Howard succeeded Gary Lamoureux following his retirement in 2013.

The son of a firefighter, Howard has served Keene Fire Department for 28 years, and has been in the field for 36 years total.

When he took the position back in 2013, Howard told The Sentinel it was his “entire career goal” to become chief of a department.

And he didn’t stop at just fighting fires. As chief, the release says he implemented several new protocols, such as requiring mental health training for first responders and improving techniques conducted out in the field.

“We owe Chief Howard a debt of gratitude for his dedication and contributions to our community,” Dragon said in the release. “I wish him many years of uninterrupted nights, weekends, and holidays with his family.”

Dragon was not immediately reachable for information about plans to replace him.

Mayor George Hansel said Dragon is beginning the recruitment process, which he said will start with gathering input about what characteristics and qualifications Howard’s successor should have.

This article has been updated with information from Mayor George Hansel.