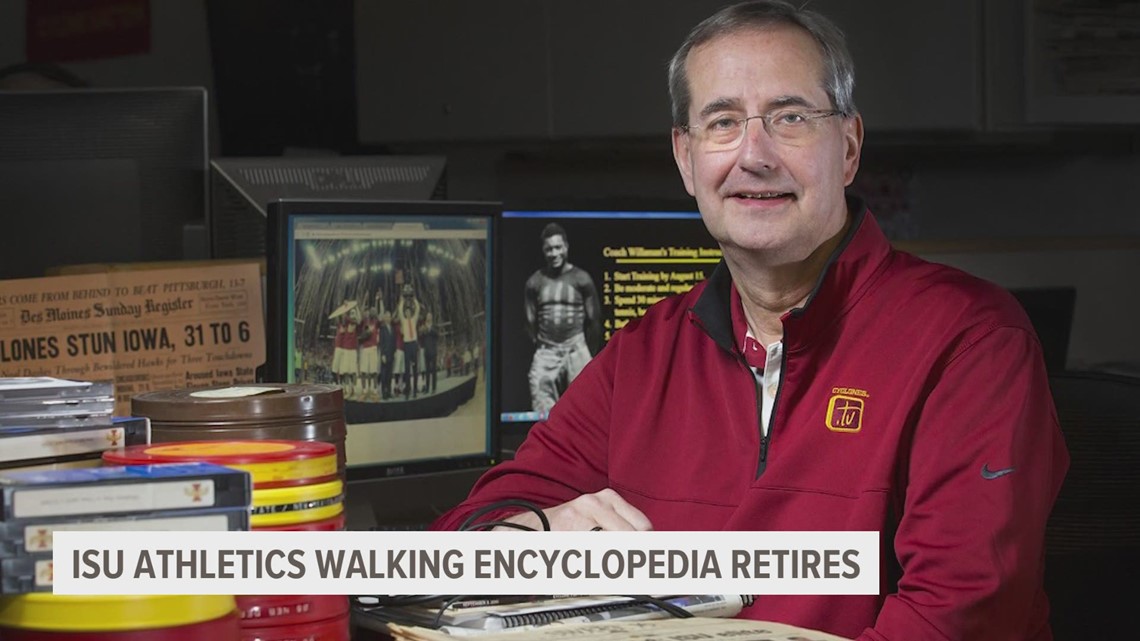 Tom Kroeschell has worked with ISU for 36 years and knows anything and everything about Cyclone sports.

AMES, Iowa — Iowa State University is losing a man that has been dubbed the school’s “walking encyclopedia.”

Tom Kroeschell started as the director of athletic communications for ISU in 1985. In 2013, he transitioned to Cyclone TV’s program director. Now, he plans to retire June 30.

Kroeschell’s job is to know anything and everything about Iowa State sports.

He saw championships, coaches and athletes come and go. The one thing that stays with him is the history behind the school.

“Some of it gets stored in your head forever,” Kroeschell said. “Some of it you learn because people are coming up and asking you about it all the time.”

After 36 years of talking sports history with journalists, staff, athletes and alumni, Kroeschell is ready for retirement. Before he goes, he’s looking back on all the history he’s learned.

“Iowa State’s 1895 team, for example, went to Northwestern as a huge underdog and won the game,” he said. “The Chicago Tribune printed a story that says, ‘Iowa cyclone devastates Evanston town.’ That is where we get Cyclones.”

From the tragedy where 7 ISU athletes died in a plane crash, to the history of Jack Trice Stadium as the only Division 1 Power 5 school with a football facility named for an African American, Kroeschell hasn’t missed a moment. Now, he’s ready to put away his internal encyclopedia and pass the knowledge to others.

“You appreciate the legacy long after you step off the floor, or the pitch, or the field, or the court,” Kroeschell said.