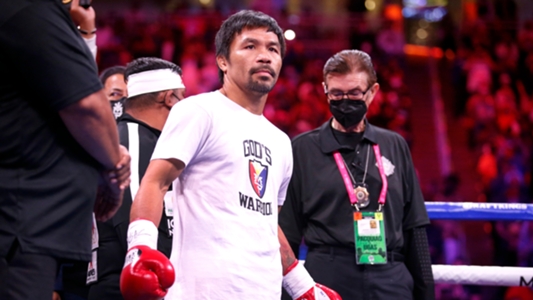 The DAZN Boxing Show discussed the chances of another comeback.

The DAZN Boxing Show discussed whether Manny Pacquiao would really stick to his planned retirement.

The Filipino senator announced earlier in the week that he would no longer fight after his recent defeat to Yordenis Ugas.

He had been expected to run for presidency of his home country but speculation persisted that he might be tempted back into the ring first for a rematch against the victorious Cuban.

Akin Reyes believes that there is nothing left for Pacquiao to prove.

“He could have retired 15  years ago and been in the hall of fame,” he said.

“The last fight wasn’t super impressive but I’d rather see him focus on helping his country. We don’t need to see Pacquiao in a fight.

“I have a feeling he’ll come back. I think if he gets a rematch with Ugas he might take it. He’s too prideful.”

Barak Bess suggested that Pacquiao was reluctant to retire, and he may still return regardless of what he said.

“It has to be the man’s wife, because that man did not want to retire,” he asserted.

“I made two predictions that he is gonna come back and run for presidency. I still think he’s going to come back.”