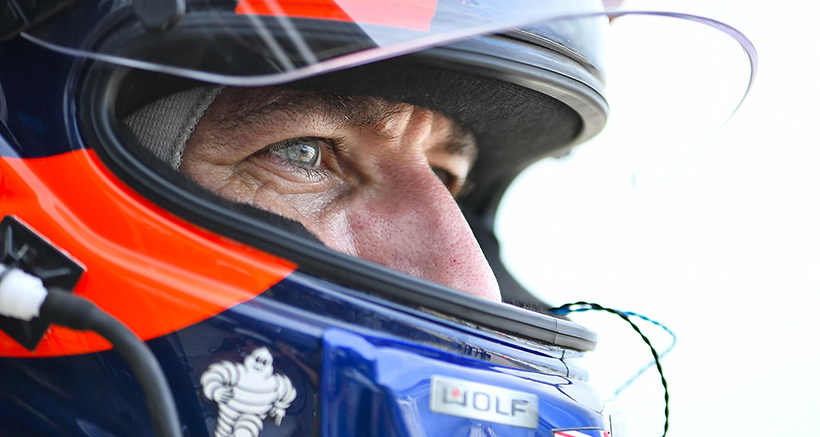 DAYTONA BEACH, Fla. – Oliver Gavin, whose legendary career includes 49 IMSA wins and five victories at the 24 Hours of Le Mans, announced Thursday that he is retiring from competitive racing following this weekend’s Six Hours of Spa event in Belgium.

Over the past two decades, Gavin became synonymous with Corvette Racing. All but three of his wins, and each of his seven IMSA championships, came with the vaunted Chevrolet program that he joined in 2002. Gavin announced last fall that he was pulling back from full-time competition at the completion of the 2020 season.

The 48-year-old Brit went a step further with his announcement Thursday at Spa-Francorchamps, where he is co-driving a Corvette C8.R with Antonio Garcia. Gavin’s last IMSA start came in January’s Rolex 24 At Daytona, where he shared the No. 14 Vasser Sullivan Lexus RC F GT3 with Aaron Telitz, Jack Hawksworth and Kyle Kirkwood and finished 16th in the GT Daytona (GTD) class.

“Today, I announce that this weekend’s race, my 204th for Corvette Racing, will be the last of my professional racing career,” Gavin said. “As I transition out of the race car, I open a new chapter with the start of the Oliver Gavin Driving Academy based in Boxberg, Germany. I am delighted that my 20-year relationship with Chevrolet and Corvette will continue as we have 12 European-spec Corvette Stingrays on order.

“There’s more to come on this over the next few months as we get ready for our launch in October. As with everything, family is the most important thing. Can’t thank them enough for their support over the last 30 years and their support as I move forward with this new role.”

In addition to his five Le Mans victories, Gavin also walks away with six wins at the Mobil 1 Twelve Hours of Sebring Presented by Advance Auto Parts, five Motul Petit Le Mans triumphs and one win in the Rolex 24 At Daytona. He credited the Corvette Racing program operated by Pratt & Miller for much of his success, as well as teammates such as Tommy Milner, Jordan Taylor, Jan Magnussen and Garcia.

“We had lots of great battles and also lots of great times winning multiple times at the Le Mans 24 Hours together,” Gavin said. “That most probably is the biggest highlight of my career, standing on the top step of that podium and winning three years in a row with the GT1 Corvette against the great Prodrive Aston Martins and battling those guys. The fifth win at Le Mans also was very special to get with Tommy and Jordan in the C7.R. Those are lots and lots of great memories that I want to hang onto.”

Ironically, although they’ve been teammates at Corvette Racing since 2009, this weekend’s FIA World Endurance Championship race at Spa is the first time that Gavin and Garcia will share the same car. 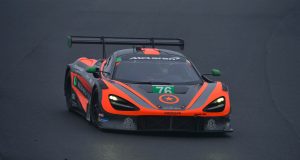 Compass Racing announced Thursday that it will compete in the IMSA WeatherTech Sprint Cup portion of the 2021 IMSA WeatherTech SportsCar Championship season, entering the No. 76 Richard Mille Acura NSX GT3 for co-drivers Mario Farnbacher and Jeff Kingsley in the GT Daytona (GTD) class.

The upcoming Acura Sports Car Challenge Presented by the TLX Type S, set for May 14-16 at Mid-Ohio Sports Car Course, is the first of eight Sprint Cup events for the GTD class on the schedule.

“We’re excited not only to return to GTD competition and extend our relationship with Honda Performance Development and Acura, but to welcome two top-level drivers to the program,” said team owner Jill Beck. “The platform has proven to be championship-caliber over the past few seasons, and we’re looking forward to continuing that in IMSA’s Sprint Cup.”

Farnbacher brings valuable experience to the team as the two-time defending WeatherTech Championship GTD champion when he drove an Acura for Meyer Shank Racing with Curb-Agajanian. The 28-year-old German has nine career IMSA wins.

“I’m proud to once again represent HPD as a factory driver,” Farnbacher said. “I can’t wait to get back behind the wheel of an NSX GT3 Evo, and to work with my new team and teammate to bring more podiums and wins for Acura.”

Kingsley is also a reigning champion, capturing honors last year in the Porsche GT3 Cup Challenge USA by Yokohama on the strength of 11 wins in 16 races. The 22-year-old Canadian made his WeatherTech Championship debut last season as a substitute driver for Compass in two races, qualifying fourth on the Charlotte ROVAL in adverse conditions.

“Jeff jumped in our GTD car and was turnkey, and so we’ve worked over the offseason to have him race with us again,” Beck said. “Having the opportunity to pair him with Mario gives us what we feel is one of the stronger Sprint Cup driver lineups.”

Kingsley is thrilled at the chance to rejoin Compass.

“The two races I did with Compass last year paved the way for this opportunity, and I’m excited to get the season under way in Ohio,” he said. “Mid-Ohio is close to the Honda factory that builds the NSX, and with the track set to welcome at least 20,000 fans, we’ll be racing to bring the staff there a great result at their home track.”

The No. 76 livery will pay tribute to visually impaired philanthropic artist and longtime Compass collaborator Jeff Hanson, who died suddenly in December at 27 from neurofibromatosis, the genetic disorder that took his vision 15 years prior. Compass will honor Hanson’s legacy throughout the 2021 season, with the car’s livery featuring his vibrantly hued painting “Light Show at the Louvre.”

The team has established a fundraising campaign in Hanson’s memory in hopes of reaching his goal of raising $10 million by his 30th birthday in 2023. Donations may be made at racedayfoundation.org/jeffhanson.

Toyota Gazoo Racing has begun development on a Touring Car (TCR) that could eventually compete in the TCR class of the IMSA Michelin Pilot Challenge.

Toyota Gazoo Racing Argentina has been designated for the homologation, development, production and sales of the Toyota Corolla TCR. The technical approval process of the vehicle will be coordinated with WSC, at which time the Corolla will be able to participate in all TCR series internationally.

“Six years have been passed since TCR was launched and new manufacturers are still joining,” WSC President Marcello Lotti said. “We now welcome the arrival of Toyota, a giant of global automotive that has always been deeply involved in motorsport activities. The appointment to Toyota Gazoo Racing Argentina for developing, building and marketing the Corolla TCR marks another important milestone in the success of the TCR concept.”

The designation of Toyota Gazoo Racing Argentina as responsible for execution of the global project represents a new international recognition to the management of a team with more than 20 years of experience in local motorsports.

“We are proud to have received authorization from our headquarters to be responsible for homologating, developing, manufacturing and sales of a Toyota competition vehicle for TCR competition,” said Daniel Herrero, President of Toyota Argentina and Chief Officer of Toyota Gazoo Racing Latin America. “That shows that Toyota Motor Corporation’s trust in us and our motorsports industry is relevant. For us, it is a double satisfaction because our team will be responsible for the expected arrival of Toyota to the TCR series around the world and also because this project will give us the possibility of promoting Argentina’s motorsports industry to the world.”

Toyota joined the Pilot Challenge this year in the Grand Sport (GS) class with its Toyota Supra GT4.