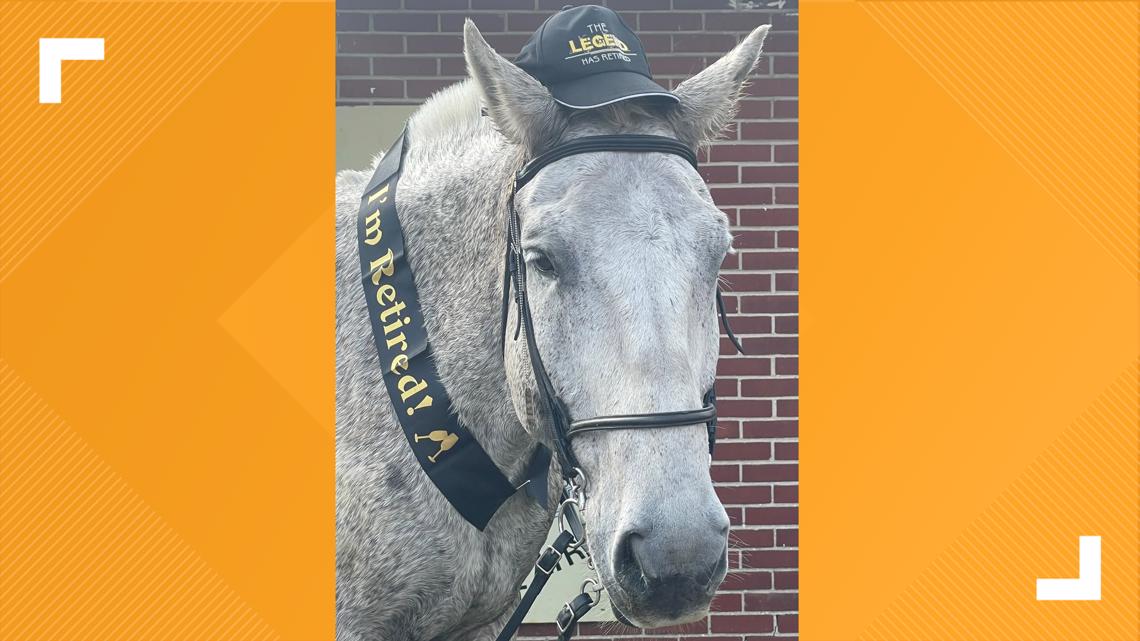 After 16 years of service, Cody is trading his police duties for a new mission: providing solace and support to women and children who have experienced trauma.

INDIANAPOLIS — There was a lot of horsing around in downtown Indianapolis Tuesday as IMPD celebrated the retirement of one of its police horses, Cody.

Officers led the horse to water on Monument Circle and they didn’t make him drink…instead, they served him all the apples his heart desired.

For the retirement party, Cody wore a sash and a hat that read “the legend has retired” and all of Cody’s human and horse friends were in attendance to send him off to his next adventure.

IMPD said Cody has served with “distinction” as a member of the mounted patrol unit.

In his career, he has helped officers with crowd control and protection, acted as an ambassador to downtown visitors, welcomed visiting dignitaries, and marched in parades.

Luckily, Cody isn’t a one-trick pony, so this isn’t the end for him, just a shift.

After 16 years of service, Cody is trading his police duties for a new mission: providing solace and support to women and children who have experienced trauma.

As of Tuesday, Cody’s new home will be Amitola Care Farm, a nature-based wellness center in Mooresville.

IMPD said not to worry, he’ll be in good company there. His barn mates at Amitola include six donkeys, six mini horses and two therapy dogs.