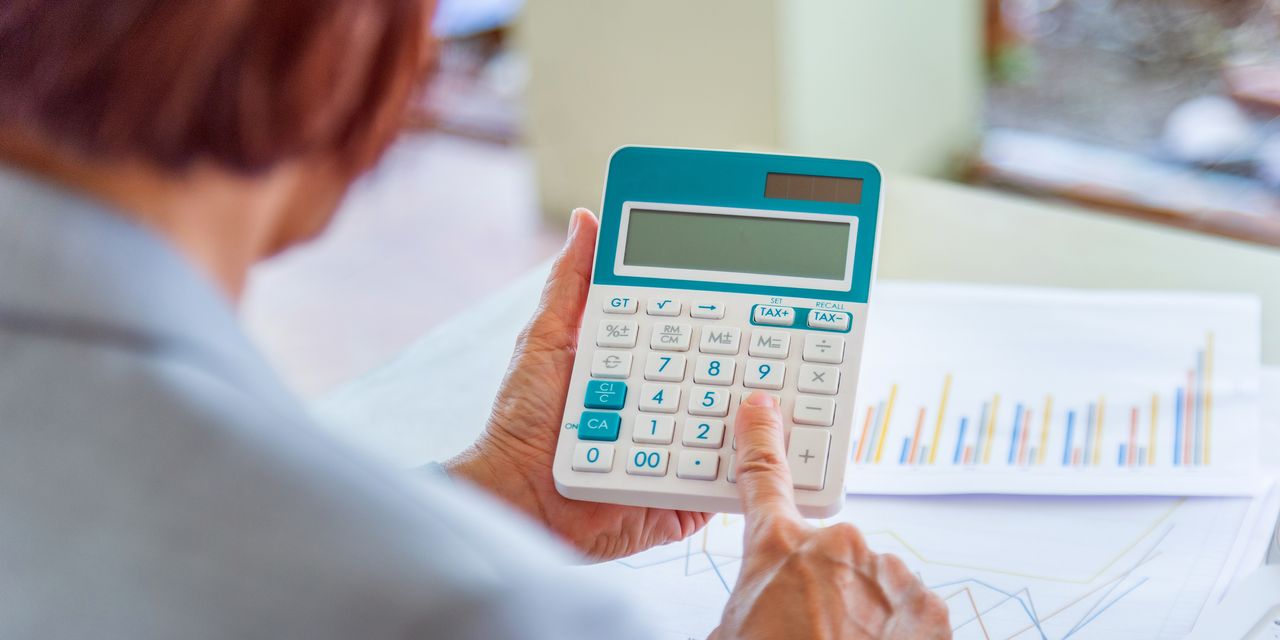 In a period of low rates, retirees might have to take a deep breath before buying a lifetime income annuity. After all, who wouldn’t be dismayed to see payouts rise in a year or two after having locked themselves in at a lower level.

With a lifetime income annuity, you give a sum of money to an insurer and receive a regular check for the rest of your life. It’s like buying yourself a pension.

The problem is that annuity payouts have dropped sharply along with interest rates. In 2008, a 70-year-old man purchasing a $100,000 income annuity received about $790 a month for life, according to Cannex, a Toronto firm that tracks U.S. annuities. Now, that 70-year-old would get $565 a month, 28% less.

And there are no do-overs. If a retiree buys a basic income annuity today, and payouts rise in a year or two, he or she will be locked into lower monthly payments for life.

There are some strategies, however, for people who want the guaranteed income of an annuity but are worried about taking the plunge when payouts are so low. For starters, they can ladder annuities, spreading their purchases over a period of years to avoid going all-in during a period of low payouts.

“What you don’t want to do is have regret for the rest of your life,” says David Blanchett, Morningstar’s head of retirement research. “Create a strategy to buy in over time.”

Other retirees try to insulate themselves from low rates by buying deferred annuities that won’t produce income for several years. Payouts rise substantially for those willing to wait, especially if they don’t start taking income until they’re in their 70s.

Finally, at least two insurers are offering income annuities that promise a dividend check on top of the guaranteed payout. If interest rates rise, that dividend is also likely to rise.

But Social Security won’t cover basic needs for many retirees, and that’s where annuities come in. While low rates have pressured annuity payouts, they have pummeled alternative guaranteed-income strategies for retirees like bond ladders even harder. Thus, on a relative basis, annuities are more attractive in a low-rate environment.

“People say now is a terrible time to buy an annuity because rates are so low,” says Louis Cannataro, a New York City wealth advisor for Northwestern Mutual Life Insurance who sells annuities. “But it’s actually the opposite.”

Here’s some strategies to consider before taking the plunge:

Say you’ve set aside $500,000 from your portfolio to buy annuities. Instead of buying all at once, you could buy $100,000 a year for five years. If rates jump in a year or two, the majority of your income stream would be at the higher payout.

A key consideration is where you invest the money that would be set aside for future annuity purchases. If you have it in long-term bonds, and rates rise, bond values will drop, leaving you with less money to buy annuities. So you may not come out ahead, even if annuity payouts rise.

Instead, keep your designated annuity money in shorter-term instruments like money-market funds, advises Michael Finke, a professor at the American College of Financial Services.

You’ll get less interest from these shorter-term instruments than from long bonds—so there’s a cost. And there’s no certainty that interest rates will rise soon—or that they won’t fall further—meaning this strategy of waiting to invest may not pay off.

“Some economists are predicting low returns for a long time (e.g. 40 years), so that may be too long to wait!” Olivia Mitchell, an insurance professor at the University of Pennsylvania’s Wharton School, wrote in an email.

Also, there are other factors besides interest rates that could keep payouts low. If, for example, insurers in the future decide that retirees are living longer, they could lower payouts to compensate.

Waiting can be an attractive option for people who don’t need the money right away. The longer you defer collecting a monthly check, the higher the payment will be.

Just like delaying Social Security, deferring annuities is a better deal if you think you’re going to live a long time. If you’re buying an annuity with survivor benefits for your spouse, then you also have to factor in your spouse’s life expectancy.

Northwestern Mutual and New York Life sell income annuities that offer dividends on top of the guaranteed payouts. The dividends aren’t guaranteed, but both companies have a long history of paying them.

Purchasers can take the dividends as cash on top of their guaranteed payment, use them to boost future payments, or a combination of the two. New York Life says many purchasers are deferring the dividend payments for several years to bulk up payouts.

New York Life calculates that a 60-year-old man buying a dividend-paying annuity that defers for seven years would receive an estimated $6,950 annual payout at age 67. That’s higher than the $6,672 payout if the 60-year-old purchased an otherwise identical traditional deferred annuity without dividends from New York Life. And whereas the payout never rises for the traditional annuity, the payout for the dividend-paying annuity slowly rises to $8,000 annually by the time the customer is 90 years old.

There is similar math for immediate annuities with dividends. Suppose a 70-year-old couple bought a $1 million dividend-paying annuity from Northwestern Mutual and decided to take 60% of the dividend as cash and use 40% to increase future payments. The first year, they would receive an estimated annual payment of $49,409, less than the $56,272 they would receive for life from a traditional income annuity.

With the dividend-paying annuity, part of the dividend is being used to increase the size of the annuity. By year eight, it is paying an estimated $441 more than the standard annuity, and it keeps rising from there.

Unlike a standard income annuity, these dividend-paying annuities should offer some inflation protection. If inflation kicks up, interest rates will rise, which should result in the insurers producing bigger dividends and annuity payouts rising faster.