He came out of retirement to run N.J. city’s police force. This is what he wants to do. 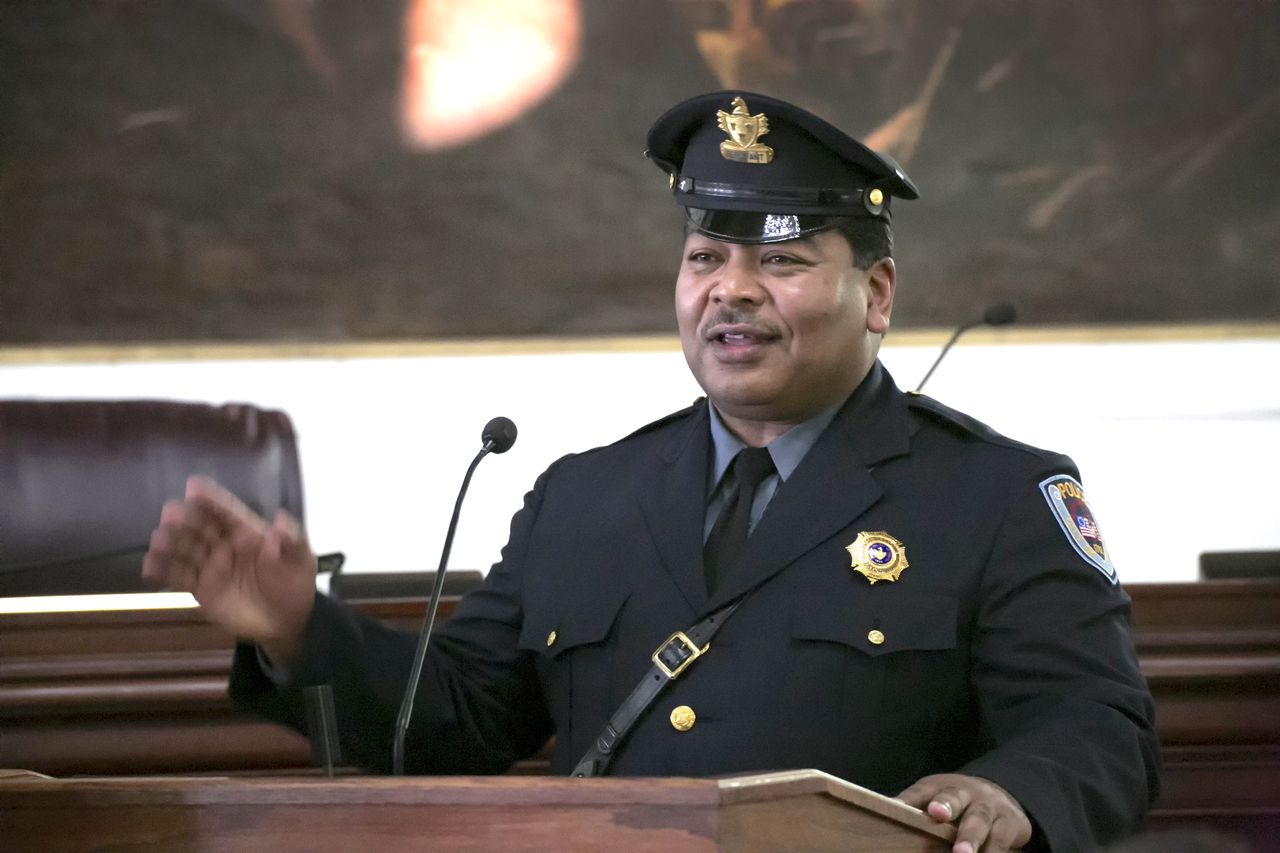 The Trenton police’s patrol division comprises the largest number of officers on the force, and it’s where Steve Wilson sees the most opportunity to reconnect the department with the community it serves.

Wilson, Mayor Reed Gusciora’s nominee for police director, who retired from the force as a lieutenant last year, laid out his vision in an interview with NJ Advance Media. He started Thursday as interim director.

And it hinges on patrol, the most basic and purest of police service.

While policing nationally continues to experience a reckoning, issues in the capital city, Wilson believes, can be firmly traced to the mass layoff in 2011 that sent over 100 cops packing. While many eventually returned to the force, Wilson said the department suffered a shock to the system from which it, and the community, suffered.

The police’s prioritization and response to everyday calls took a hit, and patrol experienced the biggest “separation” from the community. Wilson saw it firsthand.

“I am going to work on that,” said Wilson, who was a Trenton officer for 26 years and spent six prior years in corrections.

Looking at police work in an urban area like Trenton as a whole, which deals with nearly daily shootings, many calls for police service are non emergency, and run a gamut of so-called quality-of-life issues. Wilson said they could be considered “the small stuff.”

“But for the citizen calling the police, it’s important to them,” Wilson said.

And while Trenton certainly needs to respond to and fight violent crime, “the heavy stuff” as Wilson put it, those serious incidents do not fill a patrol officer’s entire shift.

“So they’re going to get back to those quality-of-life offenses, like violations of city ordinances, the small things, when there are no heavy things,” he said.

Patrol responds well to emergencies, Wilson said, and he believes the dedicated patrol force can justly do both jobs simultaneously. “They can be an enforcer of the law one day and ‘Officer Friendly’ the next day,” he said.

Wilson sees this as the route to bring any separations between police and the community back together. That, in essence, is community policing, he said.

“The police department is part of the community. It’s not ‘us and them’ – it’s really not, it’s all us.”

It will start with supervision, Wilson said, and he’s already met with some patrol supervisors, and will also personally transmit his message to officers face-to-face.

Wilson said in a prepared statement Wednesday the job of director was the only one that could pull him from retirement.

On Thursday, he admitted he liked being retired, and it’s not really the civilian director position specifically that interests him, but being able to work and serve again in Trenton, a city he loves.

He loved being a cop. He grew up wanting to be a crime fighter. “I loved comic books, and good versus evil, and being a police officer was like that. I got a vest, a bulletproof vest, only I couldn’t fly,” Wilson said with a chuckle.

Over the years, Wilson said of police work, there’s a tendency to say, “If I were the chief of police or if I was the director, I would do this or that. You can always grumble and be mad about this and that, and say, ‘If I got a chance I could do better,’” he said.

“And I got the chance now.”

Our journalism needs your support. Please subscribe today to NJ.com.

Kevin Shea may be reached at kshea@njadvancemedia.com.