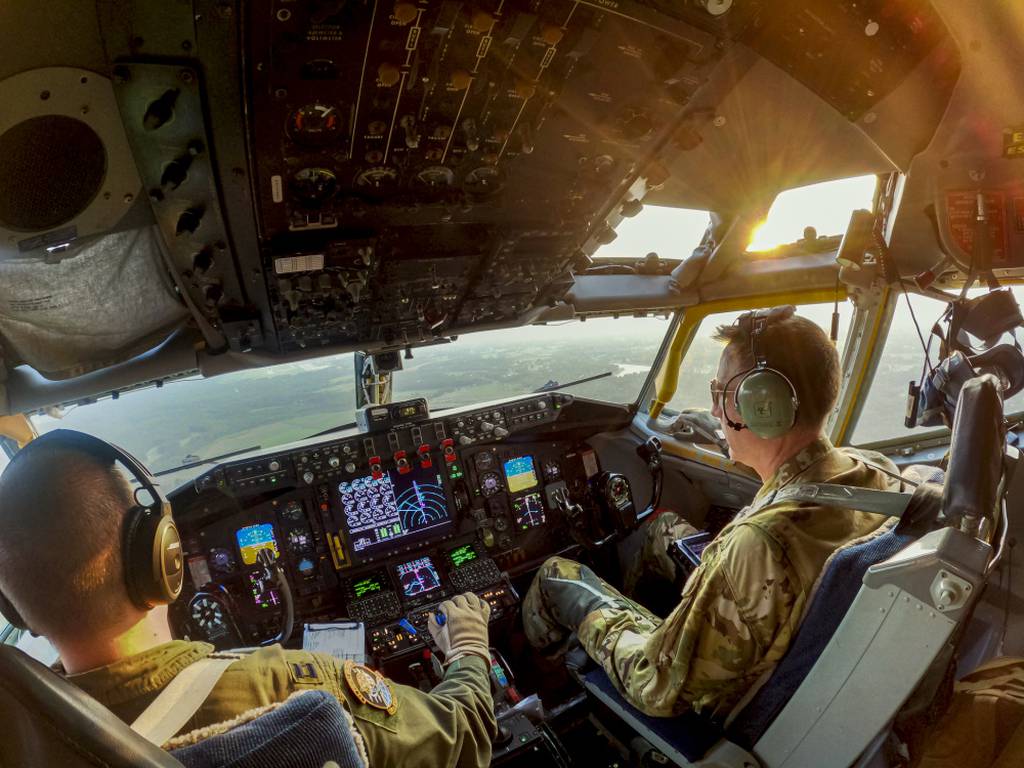 House lawmakers are urging the Air Force to stick to a gradual plan to retire two types of tanker jets, trying to avoid a steep decline in the U.S. military’s ability to refuel aircraft in flight.

The House Armed Services seapower and projection forces subcommittee, which handles legislative matters related to the tanker fleet, this week backed the Air Force’s request to retire 14 KC-10A tankers in fiscal 2022. That legislation would shrink the Extender fleet to 36 aircraft — but no further — by October 2022.

Under the subcommittee’s version of the upcoming year’s defense policy bill, released Tuesday, the Air Force must keep at least 24 KC-10As in its main inventory in fiscal 2023 — a retirement of no more than 12 jets that year.

KC-10s began heading to an aircraft graveyard in Arizona last summer to make room for the new KC-46 Pegasus tanker, which is still plagued by technical difficulties. Extenders have refueled other planes on and off the battlefield for the past four decades.

For the much larger KC-135 Stratotanker fleet, the Air Force proposes ditching 18 planes in the next year, going from 394 aircraft in 2021 to 376 in 2022. Lawmakers want to stretch out that plan to allow those retirements through October 2023 instead.

Congress previously blocked the Air Force from getting rid of any of nearly 400 KC-135s until after October 2023, when fiscal 2024 begins. The jets have been in the inventory since 1957.

The proposed legislation doesn’t apply to tankers that the Air Force secretary decides are too damaged or uneconomical to repair.

There’s another stipulation for the Air Force Reserve and Air National Guard’s KC-135s as well: the service may not take any of those tankers out of regular use in fiscal 2022.

“The committee understands the KC-135 is projected to fly for potentially another 30 years and needs to modernize to operate in a contested environment,” the subcommittee said.

Lawmakers told the Air Force secretary to brief the full committee by the end of December on whether the service should use a single point of contact to manage all of the tanker’s modernization work.

During a recent appearance before the House Armed Services readiness subcommittee, U.S. Transportation Command boss Gen. Stephen Lyons said he supports the Air Force’s push to sunset the KC-135 in favor of the KC-46 — a position he opposed last year. But as the Pegasus inches toward fuller combat capability, such as properly being able to see other aircraft when trying to gas them up, Lyons has changed his mind.

“I think we’re in a very good place, and I do think that it’s a good idea to allow the Air Force to retire the KC-135s that they’ve requested to retire,” he said.

Aircraft retirements are not final until the House and Senate agree on a divestment plan and the president signs it into law.

Rachel Cohen joined Air Force Times as senior reporter in March 2021. Her work has appeared in Air Force Magazine, Inside Defense, Inside Health Policy, the Frederick News-Post (Md.), the Washington Post, and others.