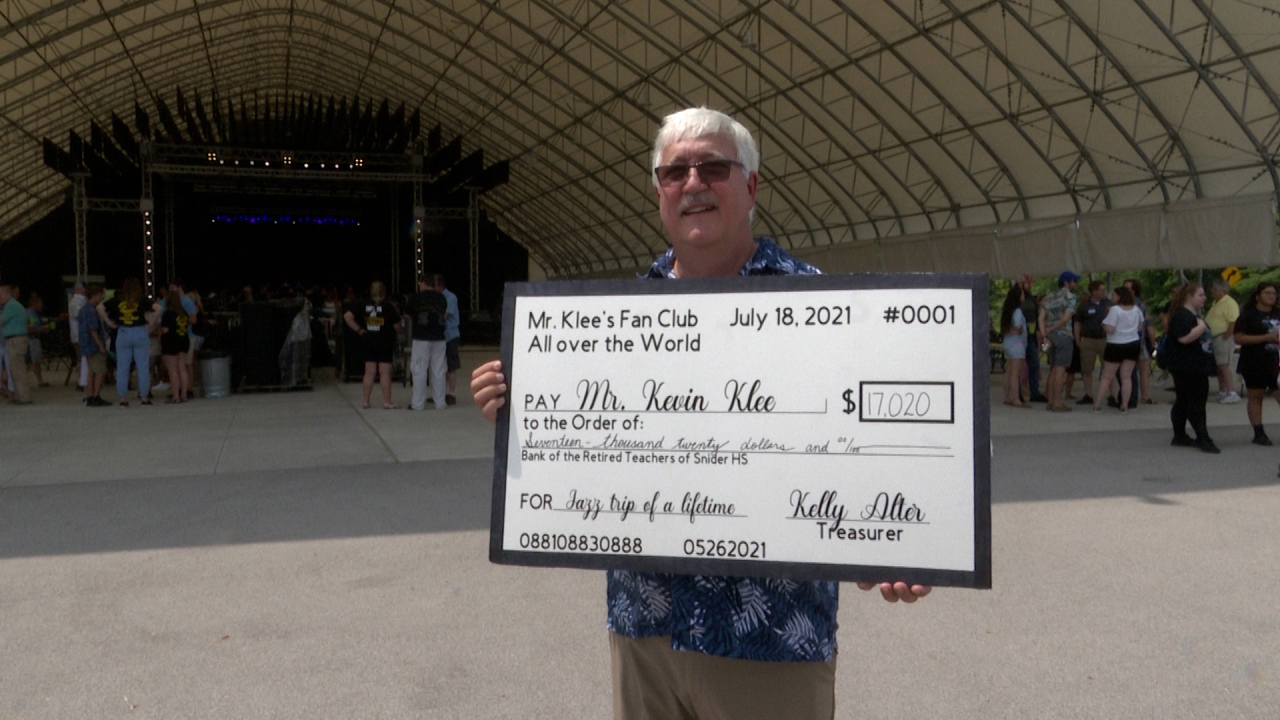 FORT WAYNE, Ind. (WANE) — A retiring band director with Fort Wayne Community Schools will take the trip of a lifetime next year thanks to his former students.

Kevin Klee started his teaching career 40 years ago at Monroe Central near Muncie, then spent 5 years at Northrop High School before spending his last 33 as band director at Snider High School. He taught band and orchestra classes.

A surprise retirement party was organized in a Facebook group that has hundreds of Klee’s former students.
Klee, known for his signature Hawaiian shirts, said it was overwhelming to see so many people wish him well after dedicating so much of his time to music education.

“Music’s my passion, and my mom was a kindergarten teacher,” said Klee. “I saw the impact that she made on the lives of her students and I just felt like this was a way that I could give back to society a little bit, and do something that I loved at the same time.”

A testament to the impact Klee has had on Snider students over the years, former students from all over the world pitched in donations totaling around $17,00 to help send Klees and his wife to the Montreux Jazz Festival in Montreux, Switzerland next summer, a dream of Klee’s since he was a high school student.

Klee’s daughter, Kelly Alter, who was once a student in his classes as well said she was not surprised to see so much support for her father because of the type of classroom he fostered over the years.

“He’s everybody’s dad,” Alter said. “Just the fact that he provided a family atmosphere. For most of us, teenagers are hard to deal with and he brought us together, where we can interact in a safe environment and have fun and play music and really grow as friends.”

As he transitions into retirement, Klee said his advice to teachers is to keep at it.

“Hang in there, don’t quit,” said Klee. “It’s a very difficult profession. It’s very challenging, but the rewards are very great. So hang in there.”