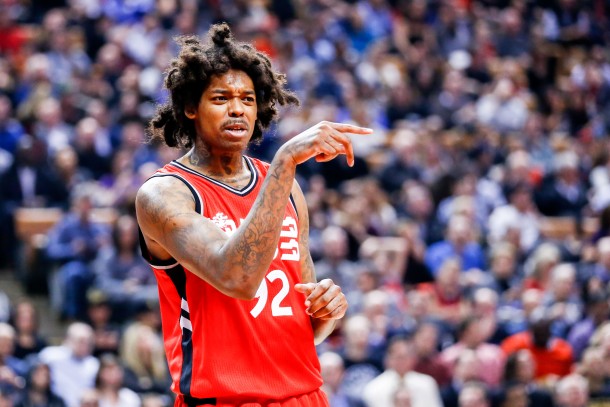 The Celtics initially drafted the rights to the 7-footer with the No. 16 pick in the 2013 NBA draft (one pick after reigning two-time MVP Giannis Antetokounmpo), but packaged him in a draft-night deal with the Hawks. During the summer of 2014, with Nogueira still overseas, the Hawks sent his draft rights to the Raptors in a package that also included sharpshooting off-guard Lou Williams.

Nogueira played 141 games for the Raptors between 2014-2018. Toronto decline to tender the big man an extension offer for the 2018/19 season, making him an unrestricted free agent in the summer of 2018. He opted to return overseas, playing for clubs in Spain and Bahrain. Nogueira posted career NBA averages of 3.2 PPG, 2.8 RPG, and 1.0 BPG in 12.4 MPG.

The 28-year-old alluded to incurring a new injury after a prior injury kept him off the court for the better part of two years.

“Certainly the sad moments [on the court] were those that took me away from the courts due to injuries,” Nogueira mentioned in his Instagram post. “I always knew that returning to the [court] after almost two years away from her would be very difficult and challenging, but I was willing to take on more of this challenge in my career. However, last Tuesday, it happened again, so I made this difficult decision and asked to leave Fortaleza Basquete Cearense.”