First Baptist Church to honor Jane Dekle on her retirement 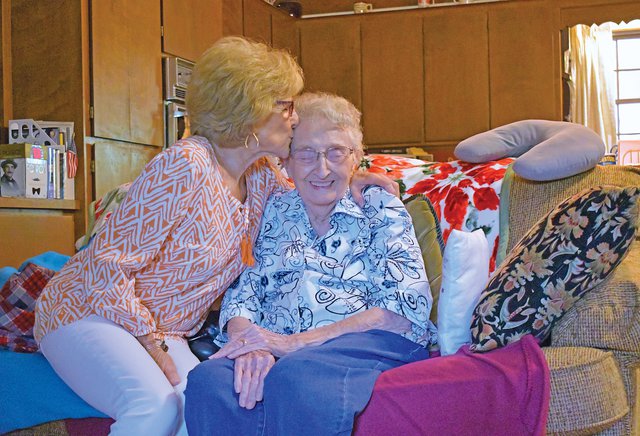 Members of First Baptist Church in Statesboro will gather this weekend to honor one of their own — FBC church nurse, Jane Dekle.

Dekle is retiring after 23 years on the job, but she’s been so much more than the title would indicate. In addition to administering injections and medications, Dekle has done wound care, conducted hospital and personal care home visits, and she’s translated complicated medical language for her patients, to help them better understand their treatment.  She also oversees a room full of equipment such as wheelchairs, walkers and beside toilets, all donated and available for members and to the community.

In short, she wears a lot of hats.

“It’s going to be impossible to tell you everything I do,” she said, laughing.

Whatever she is doing, the thing that keeps Dekle going is the personal contact with her patients.

Dekle knew early on that she wanted to be a nurse. She grew up in Albany, Georgia, and then went on to college in Macon to study nursing. After living in a handful of other places, Dekle’s ex-husband’s job brought their family to Statesboro.

Although the road became a bit rocky in those first years in the Boro, Dekle maintained her focus on raising her three children and providing for them. She worked in medical-surgical nursing until 1992, and then went into home health care, where she remained until 1998. She loved bedside nursing, and came to love visiting and caring for patients in their homes.

“It’s a different kind of nursing. It’s really what I’m doing at the church, because you’re going into the homes,” she said.

In early 1998, Dekle was approached to work as church nurse at First Baptist — but there was a catch. The position was only part-time, and she needed full-time work to take care of her children.

“God has taken care of me. When I look at my future, I have to look at my past, to know that God truly has had a plan in my life. I’ve come a long, long way in this journey of life,” she said.

Dekle was not the first to hold the position at FBC. The church became one of the first in the country to add a nurse to its staff, when a family left a large monetary gift to the church for the purpose of caring for members who were terminally ill and homebound. The first nurse to hold the position was Roslyn Bullard, who served 11 years before Dekle took her place.

During her 23 years on the job, Dekle has bandaged the knees of preschool children, taken care of bug bites, changed dressings after surgery and helped loved ones plan funerals for former patients. She’s been there for those who didn’t have family locally, and has even helped to deliver meals to the homebound in the congregation.

One of her favorite ways to minister, Dekle says, is an outreach to the fair workers who come to town each year with the Kiwanis Ogeechee Fair. Together with other medical professionals, Dekle has offered care for the workers that they might not have gotten otherwise. She says she looked forward to that week every year.

She has also helped coordinate the blood drive each year at First Baptist, and even exceeded her goal during the ongoing pandemic. Each year, the Red Cross sets a high goal for the church to reach, and this year was no exception, she said, adding the goal was 40 units. It’s not easy to recruit during the best of times, and with COVID concerns dominating everyone’s thoughts, she was concerned about meeting the goal.

“But I could jump to the ceiling when she said, ‘You blew it out of the water. Your goal was 40 and you hit 57 units of blood,’” Dekle said of this year’s drive.

COVID has put a big damper on the way Dekle cares for her patients, but she has found a way to continue reaching out to them. She called them to check on them when she could no longer safely go into their homes. And when injections of medications were still necessary, she did what she called “drive-by shootings,” where patients drove to the church and she met them at their vehicles.

“I don’t like to tell people no,” Dekle said. “I’m spread thin at times, but it’s a wonderful, wonderful ministry that we have at our church.”

“She is a delightful person,” said Keith Hagan, administrative pastor at FBC. “She has a tremendous sense of compassion that compels her to go the extra mile when called on to help people who are experiencing all kinds of health issues. Many people in our congregation and across our community have benefited greatly from Jane’s skills as a professional nurse these past 23 years. First Baptist Church Statesboro has truly been blessed by the ministry of Jane Dekle, and we wish her the very best for years to come.”

A reception will be held in Dekle’s honor this Sunday from 1 to 3 p.m. in the Perry Fellowship Hall at First Baptist. Although she is excited to retire, she says that the decision to do so wasn’t an easy one. It took, Dekle said, a lot of thought and prayer.

“I couldn’t even talk about it. One morning I would wake up and I’d say no. And then the next morning, I’d think, this might be good. I’d go back and forth,” she said, laughing.

Dekle’s husband, Remer Dekle, is looking forward to her retirement she says. Together, the couple has several grandchildren, and they plan on seeing more of them, and traveling and seeing more of the country as well.

But Dekle isn’t quite ready to let go of her patients. She still wants to serve, and plans to remain on at least part-time for a while, until the right person is found to take the helm of the ministry she loves.