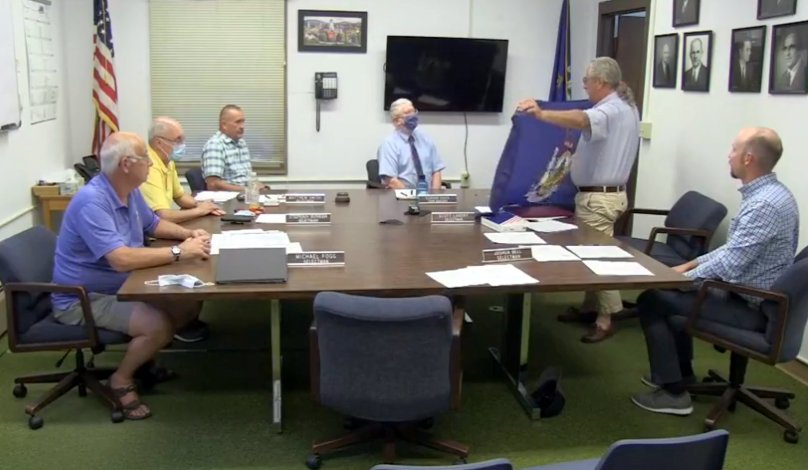 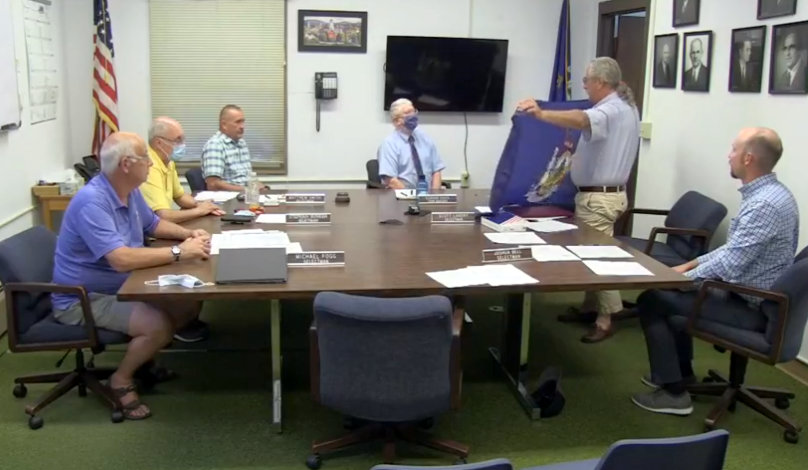 He was presented with a State of Maine flag that had flown over the State House in Augusta.

“In appreciation from the State of Maine to Richard Davis of Wilton who is retiring as Farmington town manager after 20 years of service,” Selectman Scott Landy, a state representative, read from a legislative sentiment.

Davis was previously town manager of Wilton for 13 years and for Buckfield four years before that. He has twice been named the Linc Stackpole Manager of the Year and served on a number of state and civic organizations, Landry said.

“I’m speechless,” Davis said. “It’s been a great ride, 20 years. I love the town, love the people. I wish you all great luck and great success.”

“It was a pleasure to work with you,” Selectman Matthew Smith said. “I think we’re all better for having worked with you. During the hiring process we were told, ‘You guys don’t make headlines.’ A lot of that’s because of the leadership.”

In other business, the board voted 4-1 to set the 2021 property tax rate at $19.20 per $1,000 of assessed valuation. It’s down 50 cents from last year, even though selectmen approved the higher of three options.

The rate is based on appropriating $175,000 for the Downtown Tax Increment Financing District and an overlay of almost $66,952.

The three options varied based on the amount appropriated for the Downtown TIF, Davis said prior to the vote.

“I tend to go along with what the assessor’s recommendation is,” Davis said.

Any unused overlay would go into the undesignated fund balance, he said.

“I don’t think it hurts to put a little extra in the TIF account,” Bell said. “Taxes will decrease.”

Smith agreed it would be foolish not to.

The increase in revenue-sharing from the state is helping, Davis said. There will be one firetruck payment next year and the town garage will be paid off, he said.

Putting $150,000 in the TIF is a little more than usual and still lowering the tax rate, Fogg said.