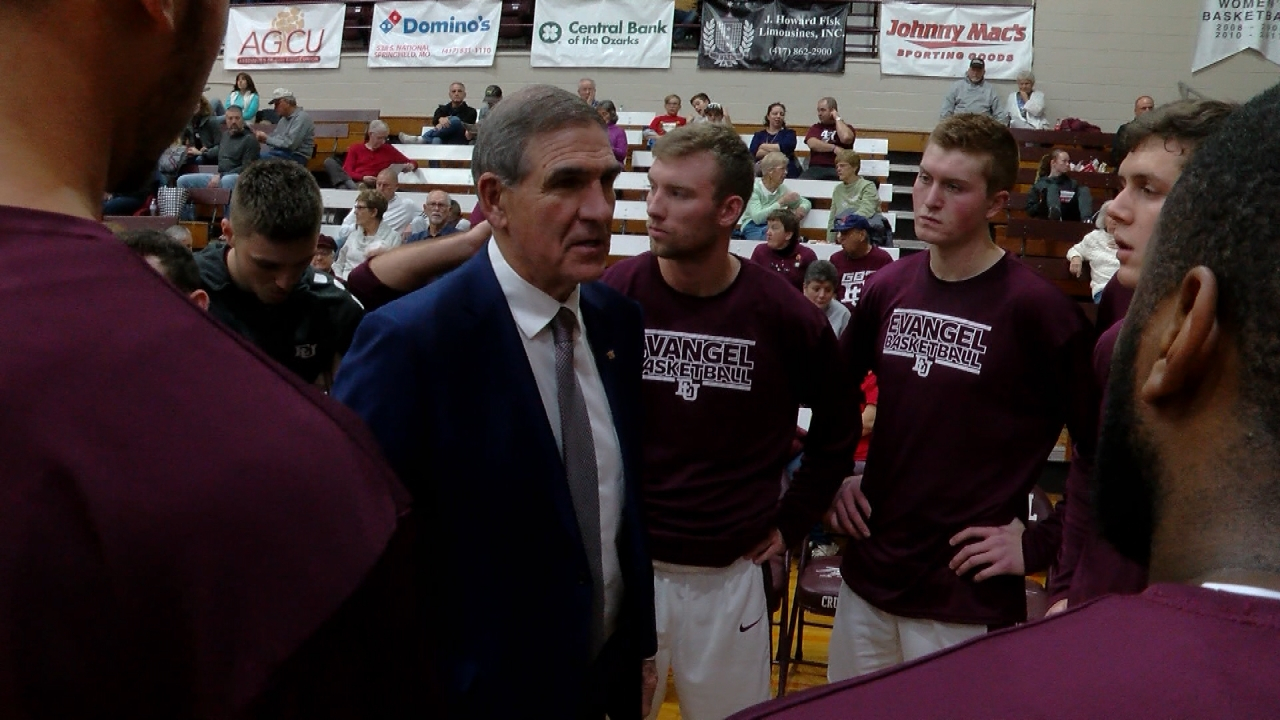 SPRINGFIELD, Mo. – Steve Jenkins, Evangel University’s men’s basketball coach, announced that he will be retiring after 39 years of coaching.

“Stepping aside after 39 years as head coach is a very emotional moment for my family and me,” Jenkins said. “This decision has not come easy, as Evangel has been my life for 44 years. When I made the decision to return here in 1977, I was aware of the challenges I would face in achieving my goal of not only becoming a successful coach, but also a strong role model for the young men God was about to place in front of me. What a quick, fun ride it has been representing my Lord and Savior, as well as my alma mater.”

Jenkins’ tenure at Evangel, beginning as a student-athlete and continuing through the present day as a Hall of Fame head coach, spans over a half-century and has helped shaped not only Evangel Athletics but the University as a whole. EU captured seven Heart of America Athletic Conference Championships and made 13 NAIA national tournament appearances. In those seasons, he was named Heart Conference Coach of the Year seven times and earned NAIA National Coach of the Year honors in 2002, after leading Evangel to the NAIA-II National Championship.

For the full release from the university, click here.