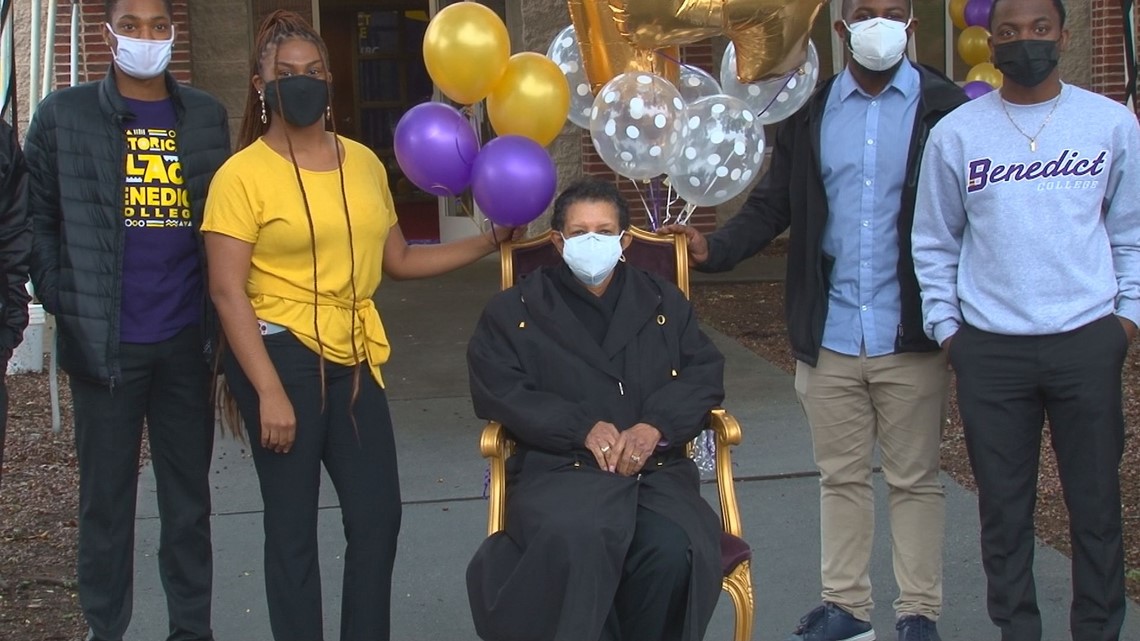 Dozens came out to a drive-by parade at Benedict College on Monday to celebrate Mary Davis, who is retiring after 47 years of service at the College.

After nearly a half century of service, Mary Davis is calling it a career at Benedict College.

On Monday, dozens came out to a drive-by retirement parade to celebrate the contributions Davis made to the College.

Since 1973, she has served in a variety of roles within athletics, including stints as a Tennis coach, Volleyball coach, and Athletics Director.

She was also inducted into Benedict’s Hall of Fame in 2003.

“I’ve met so many people during my time here and I am just happy to see that so many came out to celebrate me,” Davis says. “I appreciate every year that I spent at Benedict and if it wasn’t for Benedict, I wouldn’t be where I am today.”