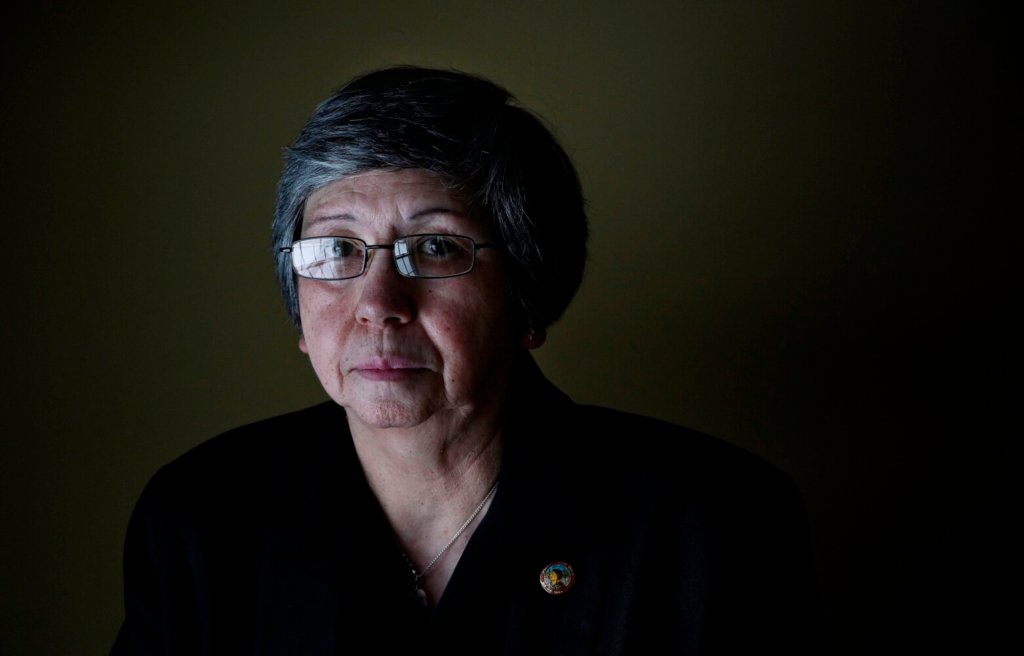 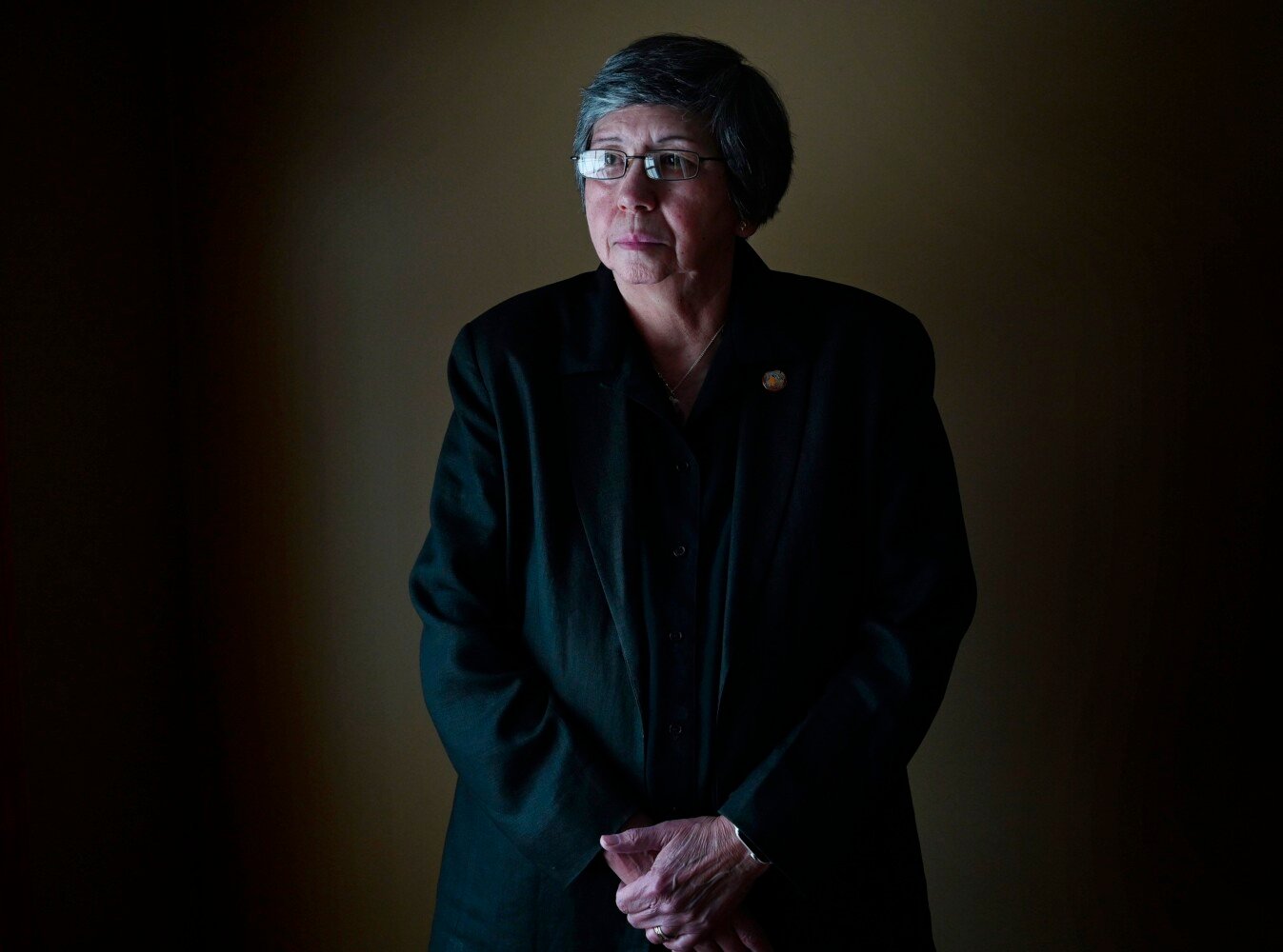 Donna Loring has been one of the most prominent figures in Maine tribal affairs of the past quarter century, serving on the Penobscot Nation’s tribal council, as that tribe’s longtime representative in the state Legislature and as an aide to two governors.

In November, she announced she was stepping down as the tribal affairs adviser to Gov. Janet Mills, a position she held for 22 months during which many of the longstanding demands of Maine’s Wabanaki people first appeared on the verge of being addressed, only to be derailed, like so many things, by the global pandemic.

Loring, who says she left amicably to finish a long delayed book project on state-tribal relations, remains upbeat on the prospects for a substantive reset of the legal and diplomatic relationships between the state and Maine’s four federally recognized tribes. But she says ultimately it all comes down to sovereignty and Maine finally accepting that the tribes should have as much of it as tribes in other parts of the country do.

“The state and the tribes need to come to an understanding as to what they think sovereignty is and be on the same page about it,” she says. “That’s the bottom line when you get through all the fog and all the B.S.

It’s an issue with a long backstory.

For four years after it gained federal recognition in 1976, the Passamaquoddy tribe had the same sovereign powers as long-recognized Western tribes such as the Navajo and Lakota Sioux, were not subject to the laws or taxes of the state of Maine, and could count on the protections and benefits enshrined in federal “Indian” laws. But with the signing of the Maine Indian Claims Settlement Act in October 1980 – which settled Maine tribes’ land claims to a large swath of the state – those legal certainties went out the window.

Under pressure to ratify the settlement before a sympathetic president – Jimmy Carter – left office, Maine’s tribes agreed to be subject to the laws and jurisdiction of Maine, except for “internal tribal matters.” However what does and doesn’t constitute an “internal” matter has remained uncertain ever since, regularly placing the tribes and state at loggerheads and complicating economic development. The final decision has often fallen not to federal courts but to state ones, which the tribes had ample historic reasons to be suspicious of. In the 19thcentury, one ruled they were “imbeciles” and another that they no longer existed so Maine no longer had to respect the terms of prior treaties.

Also under the 1980 agreement no federal Indian law is applicable within Maine if it “affects or pre-empts the civil, criminal, or regulatory jurisdiction of the State of Maine” unless Congress explicitly specifies it is to apply to the Maine tribes. Maine’s attorneys general – including Gov. Mills when she served in that role – have emphasized this point ever since, blocking implementation of provisions of the Violence Against Women Act (which gives qualified tribal courts jurisdiction over local domestic violence cases), the Indian Gaming Regulatory Act (which allows tribal casinos) and other federal laws.

Maine has four federally recognized tribes: the Penobscot Nation, the Passamaquody Tribe, the Houlton Band of Maliseet and the Aroostook Band of Micmacs.

The state, Loring says, has been worse than most in its relations with tribal nations, somehow fearful that if the tribes were not kept weak they would become a threat. She suspects it’s the unconscious cultural baggage of the “Indian wars,” which in Maine spanned nearly a century and resulted in the evacuation and destruction of every English settlement east of Wells, including what is now Portland. Out West, she notes, wartime trauma for white settlers lasted a few years. For white Mainers it continued off and on for generations, leading them to fear “ever taking the boot off our necks,” even as combined Wabanaki tribal membership has fallen to less than one percent of the state’s population.

“For a long time we were basically at the mercy of the state because we were way outnumbered, so all we had was our intellect and voices to try to keep our culture in sort of a survival mode,” she says. “And the state’s line always was: ‘If we can keep the tribal communities poor, what’s going to happen is they are going to have to leave to get jobs and all that will be left will be the old people and eventually they will just melt into the majority society.’ That was the game plan.

“It’s really frustrating, because every time we try to move forward and try to do something that’s economically beneficial to us we get barriers thrown into our path,” she adds. “It’s happened so often that it’s just become the norm.”

But on the campaign trail in 2018, Janet Mills softened her positions on tribal matters. Loring, sensing an opportunity, agreed to join her administration as the governor’s tribal affairs adviser and liaison. “Donna will be my eyes and ears, and a close adviser on all issues tribal,” Mills said at the time.

“She was just the perfect person to help heal this relationship between the State of Maine and the tribes because she is very respected by both the tribes and Gov. Mills,” says Penobscot Nation tribal ambassador Maulian Dana, who is also Loring’s grandniece. “Having a tribal liaison in the governor’s office was very important for the whole process because some of these bills involved a lot of legal gymnastics and required a whole lot of communications.”

In January 2020, Mills granted a full pardon to the late Donald Gellers, the Passamaquoddy tribe’s first legal champion, who was the victim of a 1968 state-sponsored conspiracy organized by the Attorney General’s Office, which ended his land claims lawsuit and his work exposing police brutality, civil rights violations, and the looting of the tribe’s trust fund by state officials.

After six months of work, a task force comprising tribal leaders, lawmakers and state officials in February 2020 released 22 recommended amendments, including exempting tribal members from state and local taxation, accepting that all federal Indian laws apply equally in Maine, allowing tribes to operate casinos, and giving their governments jurisdiction over hunting and fishing on tribal lands.

Shortly thereafter, Mills wrote lawmakers expressing concern over the “sweeping nature” of the proposed changes, including a measure that would allow tribes to designate any property they purchase in Maine as trust land that would then be exempt from land use planning, state labor laws, mining, forestry and air quality regulations.

The pandemic struck before a compromise could be worked out and the 129th Legislature adjourned in late summer without acting on the bill, leaving negotiations on hold. Loring announced her retirement two months later, saying her tenure had been “the honor of my lifetime” and that she was proud of the progress they had made.

“The governor I think is very genuine about wanting to work with the tribes and gain their trust,” she says. “There just needs to be more communication, because if you don’t communicate with somebody, you just sit there and imagine the worst. And so the pandemic isn’t helping anybody with this.”

Tribal ambassador Dana said tribal chiefs have asked Mills to consider keeping the tribal adviser position, though they haven’t recommended a specific person to fill it.

Mills was unavailable for an interview about Loring and the state of tribal-state negotiations. In a written statement, spokesperson Lindsay Crete said the governor was proud of the progress made to date and “committed to building a relationship of mutual trust and respect” between the state and tribes. “The Governor is interested in continuing productive, good-faith discussions, to find common-ground and make progress with the Tribes on these and other critical issues,” Crete said.

INDIAN ISLAND TO AUGUSTA VIA VIETNAM

Loring, who lives in Bradley 13 miles north of Bangor, has been an influential figure in state-tribal relations for a quarter century. Born on the Pebobscot reservation at Indian Island, she joined the U.S. Army’s Women’s Army Corps in 1966, trained as a communications specialist, and then asked to be sent to Vietnam, a request she now describes as “a mistake that was done on purpose.” In Vietnam, she served at the sprawling Long Binh Post, the Army’s primary logistics base, which regularly came under mortar fire and was briefly breached by North Vietnamese forces during the 1968 Tet Offensive.

The military provided an awakening for her and many other indigenous soldiers. “Economically it was one of the only ways out – do menial jobs in the shoe factory or join the military as a path for education and travel,” she recalls. “We didn’t realize how the outside world functioned until we started serving with peers and having these conversations and realizing we weren’t being treated right.”

Returning home at the end of 1968 she was happy to see family but was frustrated by the conditions, recalling it as “the same oppressive place” she’d left. But Loring managed to attend and graduate from the Maine Criminal Justice Academy while working as a Penobscot County deputy sheriff and then went on to the University of Maine, where she graduated with a degree in political science while serving as the Penobscot Nation’s first female police chief.

Loring later served as head of security for Bowdoin College, as adviser to then-Gov. Angus King on women veteran’s affairs and, and for 12 years as her tribe’s representative to the Legislature. She hosts a long-running tribal affairs radio show on alternative station WERU, has written a book about her time in the Legislature, and served on the Penobscot Nation tribal council until joining the Mills administration in January 2019.

She says she’s now focused on her book project, a work of history on the state-tribal relationship that she was working on before joining the Mills administration. “I have a manuscript with a couple hundred pages done, and I just have to bring it together,” she says.

As for the road ahead, she hopes the Mills administration and the tribes are able to reach agreement on the thornier issues of sovereignty.

“I think the governor is open to listen and to talk, and that’s what it’s going to take,” she says. “I hope the tribes do not give up because I think the answer is somewhere in the middle, a kind of hybrid thing where you bring together a little bit of federal law and a little bit of state law. I think we can do that.”