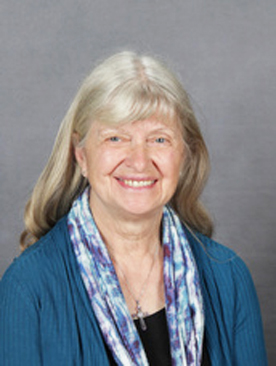 FAIRMONT — Fairmont Community Education and Recreation’s long-time director, Roni Dauer, will be retiring next month after 47 years with CER.

Dauer is originally from Cambria, Minn., and went to Minnesota State University in Mankato with the original goal of becoming a teacher.

“I had a wonderful first-grade teacher, Miss Hayes, and always wanted to be a teacher or in education,” Dauer shared.

During her last year of college, Dauer got married to Chuck, who was working in Fairmont at Railway Motors. Dauer joined him in the area and filled in for a teacher on leave in Ceylon in 1973. Long-time school board member Julie Laue was one of Dauer’s students during that time.

In 1974, Dauer was looking for work and interviewed for an open position with CER, which was just getting started.

“Gary Hamman had just been hired the year before. He was a mentor to me,” Dauer said.

Hamman was the second director of CER and the program would see a large amount of growth under both Hamman and Dauer.

“One of the smartest things I’ve ever done in my life was hire her. I thought she would be a good fit for the job and I would enjoy working with her, which I did. I never ever had something negative to say to her about her work, attitude, or performance. It was always positive,” Hamman said.

Hamman said the program started with many individual programs dealing with education, recreation, and community service. He said that it’s grown and expanded through the years, adding child care, adult basic education, and more.

Hamman and Dauer worked together for 32 years and when Hamman retired in 2006, Dauer took over as director after obtaining the proper licensure.

“She’s good at networking and that’s because people enjoy working with her and because she’s so dependable. If she says she’s going to do something, she’ll get it done one way or another and on time,” Hamman said.

While Dauer’s original goal was to be a teacher, with a background in biology and earth science, she still found a way to work with students by leading day camps during her early years with CER.

“I was still in education, just in a different way. It’s been a perfect fit. I have never been bored. Once in a while I wish I was a little bored so I could catch up,” Dauer said with a laugh.

Dauer has enjoyed that the job allows her to work with people of all ages, from the youngest learners to the oldest. She has enjoyed working with the variety of organizations that cater to those groups from early learning providers to senior citizen groups like CREST.

Dauer explained that CER is a facilitator and they’ve evolved with the needs of the community, which is where the CER advisory council comes in.

Dave Adams has been an active member of the council since 2006. Together the council and Dauer go over ideas for new programs by looking at what’s needed in the community. He said Dauer has especially done great work with the annual Family Fun Fair, which has taken place for more than 30 years.

“It’s a lot of work, coordinating all of those people, and she tries to get to everyone’s meeting so she’s in the know and able to offer assistance,” Adams said.

Dauer has held a steady presence at many events in the community and her countless connections in the region has made the CER program so successful, though Dauer has been humble in her work and reluctant to take credit for the growth of the program.

“The program has grown and I’ve grown with it,” Dauer said.

Kris Seifert, facility scheduler for CER, has worked with Dauer for about 17 years. Seifert said she has learned a lot from Dauer during those years.

“She’s very passionate about community ed and cares about the program and has worked hard at building relationships with other organizations,” Seifert said.

Dauer stressed that learning is an adventure and it never stops no matter what, which is closely aligned with CER’s mission to provide lifelong learning and leisure opportunities for all ages.

“Year ago I remember thinking I could retire at 55, but life changes. I never thought I would be the director for this long but you go with what life offers and it’s been a wonderful adventure,” Dauer said.

Dauer said now is a great time for a new director to come in, especially since the CER office will soon move from its current space in the elementary school building to the SMEC building.

“New perspectives bring better opportunities for good things to happen in our community. Community education has to be a dynamic program and ready to change with the evolving of the community. I’m excited to see what is done. It’s been a great run and I’m ready for other things,” Dauer said.

In her retirement, Dauer plans to spend more time with her husband, children, and grandchildren. She also wants to be able to do more volunteer work with her church, Cambria Presbyterian Church.

Dauer’s other hobbies include antiquing, working on family history, and spending time outdoors hunting and fishing with her husband at their cabin up north.

Dauer’s retirement has been on the horizon as she turned 70 this year, and while she’s looking forward to it, she’ll certainly miss aspects of the job.

“It’s the people that I’m going to miss. There have been so many good people I have worked with and so many people have been dedicated to the growth of our community in a variety of ways. I learned something new every day from the people I worked with,” Dauer said.