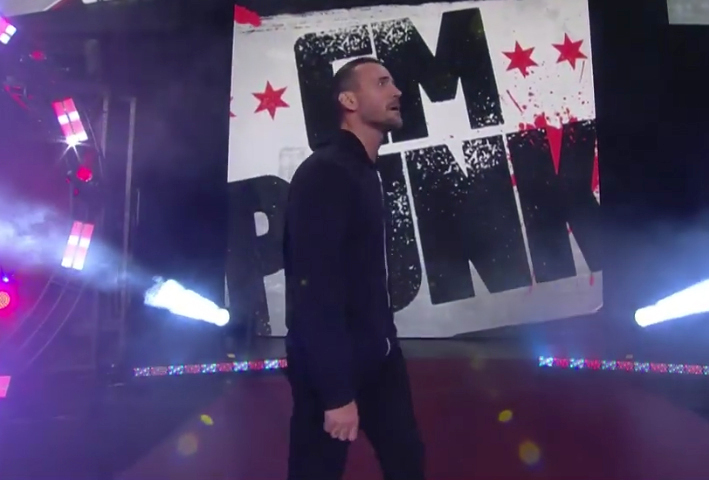 The Best in the World is back!

CM Punk, a two-time WWE champion, made his anticipated return to wrestling after seven years in retirement on Friday’s episode of TNT’s AEW Rampage.

Fans didn’t have to wait long to see Punk. The beloved wrestler kicked off the hour, making an emotional walk to the ring and greeting fans along the way. “August 20, 2021, I’m back, and I’m back for you!” he told the crowd. “I’m back because I want to work with that young talent [in AEW]. I’m back because I’ve got a couple of scores to settle.”

Punk specifically called out Darby Allin, who appeared alongside Sting in the rafters, and issued a challenge: a one-one-match at All Out, set to take place Sept. 5. “I’m here to help, and you’re the first on the list.” he said. “There is nothing more dangerous you can do than wrestle CM Punk, except wrestling CM Punk in Chicago.” Punk is slated to appear next Wednesday on AEW: Dynamite.

Rumors of Punk’s return began on July 22 when Fightful‘s Sean Ross Sapp reported that the veteran wrestler had been in talks with AEW about an in-ring comeback. Those whispers reached a fever pitch when it was announced that Rampage’s Aug. 20 episode — being touted as the “First Dance” — would take place live from the United Center in Chicago, which happens to be Punk’s hometown.

Several AEW wrestlers also hinted at Punk’s return, including Darby Allin, who name-dropped Punk’s “Best in the World” nickname during a promo, and Kenny Omega, who wore both a “Cookie Monster” and “Chick Magnet” shirt on air. (Punk has previously joked that both names are what the “CM” in his name stand for.)

AEW boss Tony Khan also dropped a hint, tweeting, “I’m betting that excitement from the most anticipated announcement in @AEW history at #AEWRampage The First Dance will build up through All Out on PPV. We’ll make new fans + we’ll welcome dormant wrestling households worldwide back into the fold; a new era in #AEW begins tomorrow.”

Punk last wrestled at the 2014 Royal Rumble, and by April, he had been removed from the WWE’s promotional images. He reaffirmed his retirement in July of that year, stating that he would “never ever” return to wresting. The ex-wrestler transitioned into mixed martial arts, competing in both UFC and the CFFC. He also wrote for Marvel comics and appeared in shows like The Challenge: Champs vs Pros and Ultimate Beastmaster.

Punk made a surprise return to WWE programming in 2019 with an appearance on WWE Backstage, where he addressed whether or not he’d wrestle again. “It’s nothing that I’m actively pursuing or interested in, but I’m 41 years old, and I’ve lived an experienced life where I know to not say no,” he said. “But that’s gonna be a bridge that is gonna have to be built, and it might take as long as building the Great Wall of China because there are some hurdles there.”

Punk is also set to appear on the Starz wrestling drama Heels (Sundays at 9/8c on Starz) as Rusty Rabies, a beloved local wrestler with a unique gimmick.