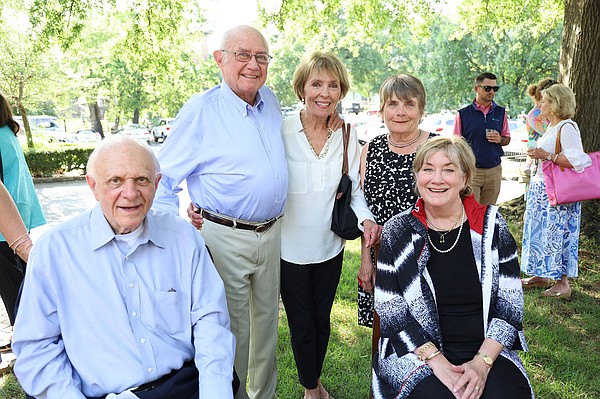 Family, colleagues and friends braved the late-afternoon heat June 24 to salute James “Skip” Rutherford III on his impending retirement as dean of the Clinton School of Public Service. The festivities were held on the lawn of Trapnall Hall in downtown Little Rock.

Addressing guests during a brief program were Mack McLarty, longtime friend, colleague and former Clinton White House chief of staff and Susan Hoffpauir, who will replace Rutherford as Clinton School of Public Service Dean in the interim until a new dean is named.

Rutherford himself took to the dais to thank the many people he’d worked with and taught over his time with the school and his various career endeavors in business, journalism and politics. Rutherford led the UA Clinton School since 2006. His last day in the office was June 30.

— Story and photos by Dwain Hebda/Special to the Democrat-Gazette