On why he’s retiring now

“I’ve been thinking about it a while. This is my 36th year of working in some capacity in state government. I’ve got a new grandson. Both my kids are grown. My wife and I have been talking about it and this was a good time. I feel like the system is in good shape and we have good focus and we’ve made a lot of progress. I’ve always been of the mind that at some point you do your best at something, you do it a while. Then you decide it’s time for me to get out of the way and let somebody give it a shot.”

On whether the coronavirus pandemic impacted his decision to retire

On his approach to these issues

“It’s something I feel deep in my soul and I sometimes get criticism for it, but we are a public entity. We are answerable to the public in the end. If we can’t explain and defend our work to the public then the public may have some doubts about what we’re doing. … Rep. (Emory) Dunahoo had questions about some of these issues. (Dunahoo earlier this year asked the system for information about any courses that teach topics such as “privilege” and “oppression.”) We were happy to provide him that information. I sat down with him. We had several phone calls. It was very productive. He was very reasonable about it and all he was trying to do is get information for some of his constituents who had questions.”

On the biggest issues facing higher education and the University System

“The changes in demographics and the declining number of high school graduates because of declining birth rates, which is a worldwide phenomenon, that is a significant change for higher ed in many ways. … This is something we’ve been planning for. I think we have to look at it as an opportunity for us. One of the things we can do better is dealing with the adult learners. There’s over a million people in Georgia who have some college credentials, but they don’t have a degree or certificate of some kind. We’ve got to be more flexible. I think we’re becoming more flexible to be sure to accommodate the adult learners.”

On what the system can do to attract more adult learners

“I think be more flexible about start and end times. Forever we’ve said we’re going to start Aug. 10 and we’re going to end Dec. 1. If you can’t adjust to that, too bad for you. We’ve got to rethink that and several of our institutions already are. Georgia State (University) is doing some excellent experimenting around different start times. Atlanta (Metropolitan State College) has for a number of years been rethinking how much of the day and week we use to offer classes. Saturdays, Sundays, evenings.” 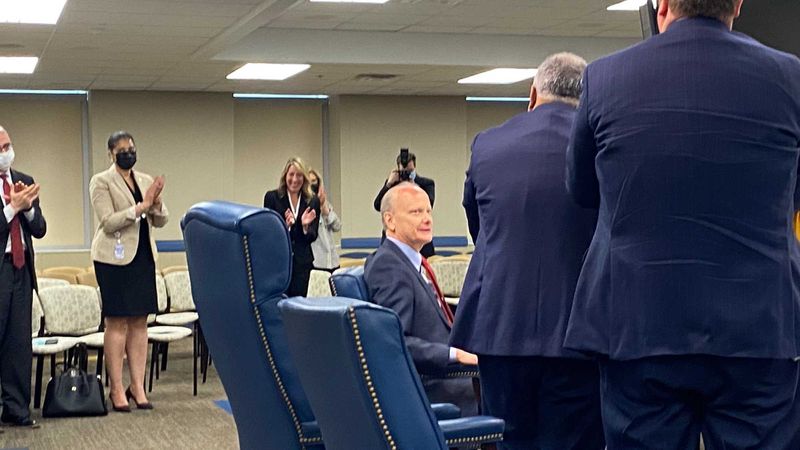 University System of Georgia Chancellor Steve Wrigley, seated, gets a standing ovation from state Board of Regents members and staff during his final scheduled meeting as chancellor on Tuesday, May 11, 2021. Wrigley plans to retire at the end of June. ERIC STIRGUS/ESTIRGUS@AJC.COM.

On what can be done to recruit more rural students

“The affordability issue does exist. Since 2016, our average annual increase is 0.75% and four of the last six years we’ve not raised tuition. I think that continues to be a problem for some families and we’ve got to be really conscientious about addressing that. The fiscal barriers are still significant for many families.”

On needs-based aid for students

“Needs-based aid is an essential part of our overall effort to get students to finish. I remember a meeting with then-Georgia Tech President Bud Peterson and he was talking about the number of students there who get to 90 or 100 hours and ultimately don’t finish their degrees. … Sometimes, that is financial. Sometimes, life gets in the way. Right now, we’re emphasizing the private fundraising component. We need to make sure that last semester or two, finances are not the barrier for a student completing a degree. A lot of times it’s a small amount of money. It’s a few hundred dollars. One of the ways I’ve evaluated presidents has been around fundraising for needs-based aid.”

On how the system managed the pandemic

“I would say we were successful. Very successful. In April of last year, our board was determined for the fall to return to in-person instruction. It was important to carry out our mission and that was going to be our focus.”

On mandatory vaccinations for students

“I think encouragement is better than a requirement. Last year, the plans we put in place for returning to campus worked. We had very low incidence of disease transmission, particularly among faculty and staff. I would strongly encourage everyone to get vaccinated. I don’t think it makes sense to require it given all the issues that surround it. It is a personal decision.”

On whether he’s recommended anyone to become chancellor?

“I don’t have a name in mind. I said very early on to the board, ‘This is your job to hire the next chancellor, not mine. I’ll be helpful in any way I can.’”

His advice for the next chancellor 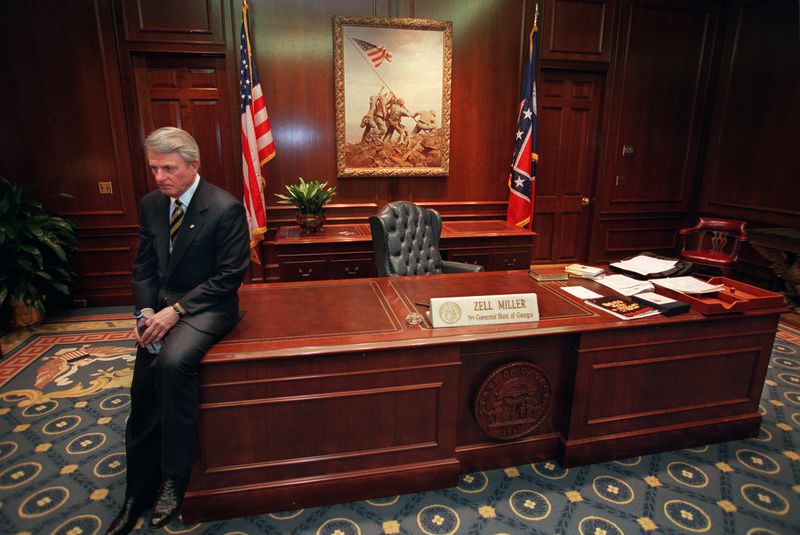 Gov. Zell Miller in a moment of thought in his office prior to the unvieling of his official portrait on Dec. 30, 1998. RICH ADDICKS / AJC

The best advice he received from Zell Miller

“There was (a) personnel decision he had to make. He mentioned somebody’s name. This person had been kind of critical to him. I said, ‘Why would you name this person to a commission like this?’ Because this person would be good at it.’ I thought that’s a genius of insight. So what he had been critical? He’d be good at that. I’ve never forgotten that.”

“Nothing. (Laughter) I have deliberately not planned anything and I’ve told people I look forward to the day I am anxious that I don’t have something to do. I’ve had something to do for the last 36 years. I’m looking for not having a schedule to keep or calls to return or meeting to attend.”