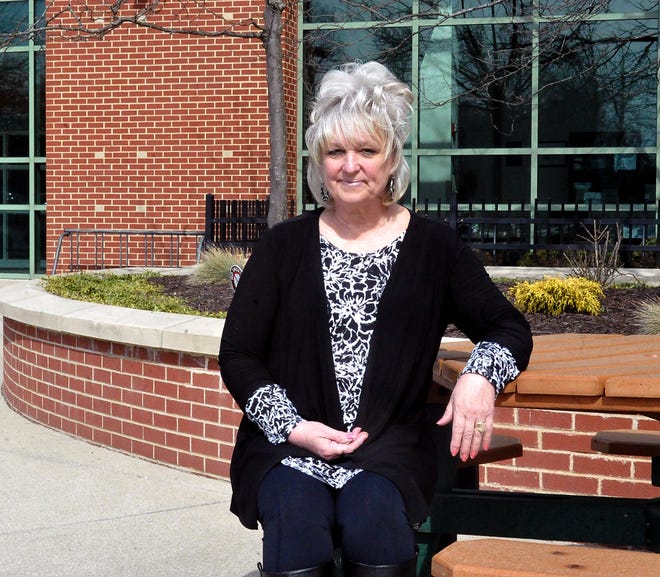 WOOSTER – Becky Yoder’s career in nursing helped her define what kind of volunteer work she wanted to do in her free time.

More:Volunteers create ‘a sense of community and solidarity’

During her tenure at Wooster Community Hospital, she encountered many struggling mothers among those she assisted in roles including lactation consultant and grief support.

As a volunteer for Care & Share, which puts together a home for women moving out of a shelter, Yoder has been able to help women who are trying to help themselves as they put their lives back together, provide for their children and in some cases seek the return of their children if they are being cared for outside the home.

A stable home is the heart of it all; and Yoder has served in every aspect of creating a new one for women making a fresh start after moving out of a shelter for domestic violence victims.

More:As special Progress section shows, area volunteers have a passion for what they do

Part of a caravan of volunteers

Yoder described a caravan of volunteers who pack whatever is needed for them in their new apartment, making selections from a barn that serves as a warehouse filled with donated items to build a household — “all the way down to lamps and blankets,” she said.

After the men volunteering have helped unload and place the heavy items, Yoder said, often using their own trucks, the next shift of volunteers unpacks and makes the apartment ready for the new residents to cross the threshold and begin their new life, greeted with a fully furnished and accessorized home.

“When we go to the apartment, everybody breaks up and takes a room,” she said.

“I love decorating,” Yoder said, adding, “We try to get everything to match,” choosing special pieces based on who the new residents will be and what ages of children they have.

“If they have a teenager, we ask what are some of their likes and do our best to focus on that.”

She remembered a donation of a car bed for a young child and said, “(Another volunteer) and I worked so hard to get that bed together.”

One woman was the mother of a 5-year-old who loves dinosaurs, and that was taken into account when accessorizing. Volunteers “get motivated for stuff like that,” Yoder said.

‘A great eye’ to make the homes warm and inviting

“Becky has a great eye for ways to make the homes of the women look warm and inviting,” said Care & Share board member Donna Yost. “(She) is always positive and often donates items she thinks would be useful in a home.”

When a family moves in, they discover that even the table has been set, Yoder said.

“Another lady (once) provided fresh cupcakes,” said Yoder. She herself likes “to stop at Buehler’s and grab flowers.”

As Yoder and the other volunteers survey their work upon completing a move, Yoder confessed to sometimes thinking, “I want to live here.”

“We’ve gotten some beautiful furniture; some looks like it’s never been used,” she said, highlighting as well “gorgeous china cabinets … and brand-new pots and pans.”

Some of the women housed came with nothing, Yoder said, and now they not only have a place to live, but it’s also furnished.

“People are so gracious,” she said, noting an “abundance of giving” on the part of donors.

“It’s almost overwhelming for us at times.”

Volunteered for more than 15 moves

Yoder has served as a volunteer for more than 15 moves in the last one-and-a-half years.

“I got into it pretty quickly,” she said, gaining fulfillment herself from a community service that fit the bill for her following her retirement in June of 2019.

All of the volunteers take pride in their work, Yoder said, adding she has never heard anyone complain. “It’s a huge team effort.”

“Becky is willing to help with moves even if it means rearranging her schedule,” Yost said.

Recently, Care and Share has begun offering clothing to families, filling closets as well as pantries.

Some of the moms are “so overwhelmed,” because of their experiences, and “you’re so overjoyed” upon seeing their reaction to their new home.

As many volunteers do, Yoder affirms the ministry is as much a blessing to her as it is to the recipients.

“I’m thankful there was room for me (to participate),” Yoder said. “It has made me feel I am contributing to these women in some small way.”

The volunteer effort “puts a smile (on your face) you can’t erase.”

Why volunteer: It builds upon her nursing profession.