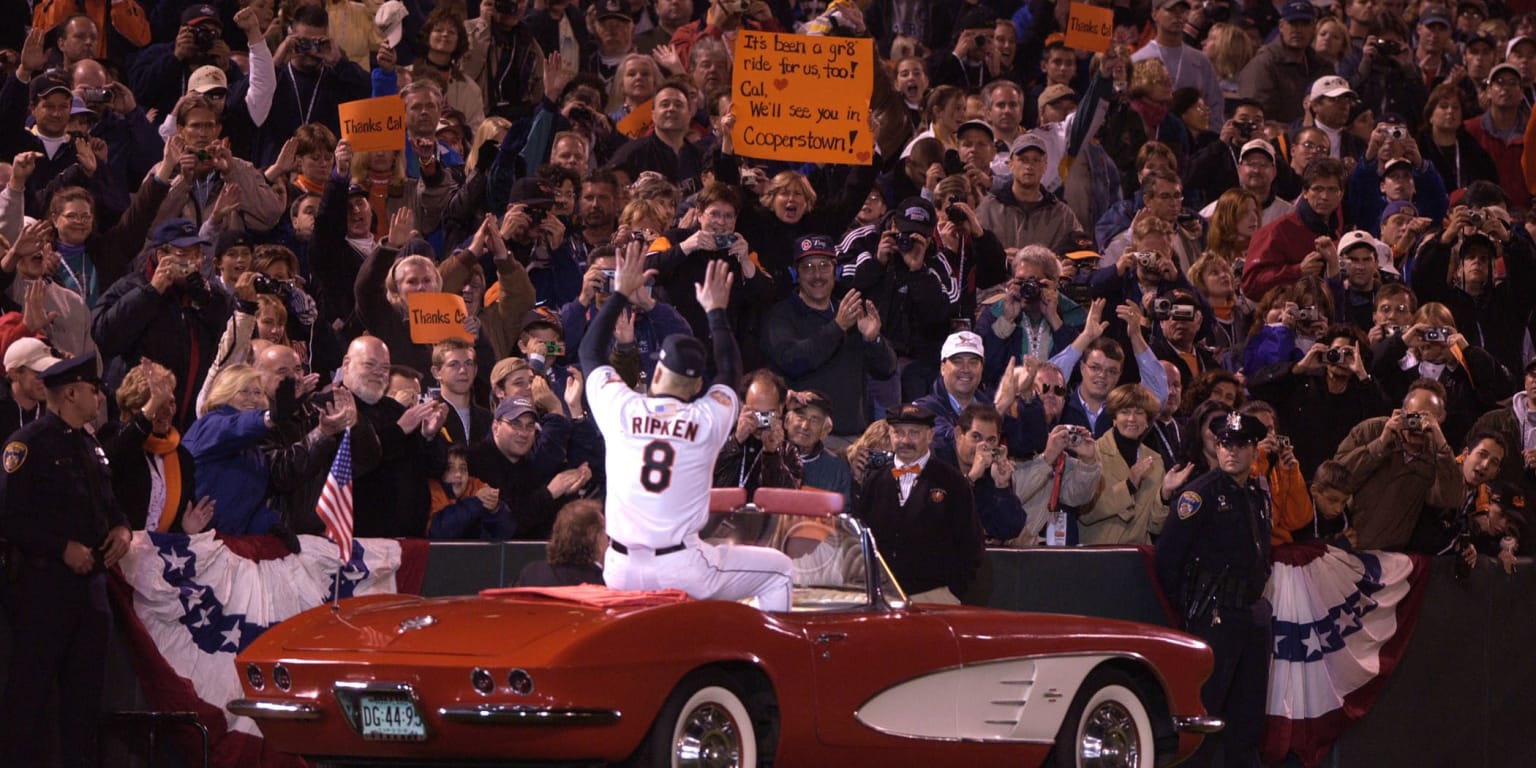 Cal Ripken Jr. has now been retired for almost as long as he played. This year marked the 20th anniversary of Ripken’s last game, when the baseball world descended on Baltimore to bid farewell to its Iron Man.

That 5-1 loss to the Red Sox on Oct. 6, 2001, marked the end of a singular, Hall of Fame career, one of the most remarkable in the history of American professional sports. Across 21 seasons spent entirely with the Orioles, the Baltimore-area born Ripken made 19 All-Star teams, won two MVP awards and a World Series, while revolutionizing the shortstop position and breaking the sport’s most unbreakable record.

Only eight players in Major League history played more games than Cal Ripken Jr, and none played in more consecutive than the 2,632 he played in from 1982-98. He became baseball’s Iron Man on Sept. 6, 1995, surpassing Lou Gehrig’s 2,130-game streak that had stood for 56 years. Ripken became a national icon that night, his streak resonating beyond the field for its themes of hard work, dedication, perseverance and persistence.

Six years later, the 48,807 fans that packed Camden Yards for the Orioles’ otherwise meaningless season finale did so for that Ripken, the one they, for two full decades, could always rely on. By then 41, Ripken announced in June the 2001 season would be his last, after missing parts of the two previous seasons due to injury. Ripken played through countless bumps and bruises (and hospital visits) during his streak. But after he voluntarily ended it in 1998, years of wear and tear began to take their toll. He also began to think more about his life after baseball.

“The last couple of years I’ve been noticing that I miss being away from home,” Ripken told the Associated Press at his retirement press conference. “I don’t see this as an ending so much. I’m not stopping something. I’m just moving on.”

For everyone else, though, the event marked a chance to say goodbye. The New York Times called it “a culmination, the celebration, the grand finale and farewell of one of the most remarkable careers in sports.” Groundskeepers mowed a giant “8” into center field for the final game, and the Orioles honored Ripken with a 45-minute video prior to first pitch. He finished hitless in three at bats, capping a career that Ripken concluded with 3,184 hits, 431 home runs and nearly every Orioles record imaginable.

Some of the next generations’ best players — Derek Jeter, Alex Rodriguez, and eventually, Fernando Tatis Jr. and others — came in his mold. But 20 years later, there has not been another Cal Ripken Jr. There likely never will be.

“I’ve been thinking these last few days about what I’m going to miss, and I think most of all of it will be what went on outside the white lines of the playing field,” Ripken told the Times that weekend. “Sure, I’ll miss the competition, the tension of the games. But I think it’ll be the journey, the sitting around in the stadium, on the buses, the horseplay in the locker room, the camaraderie — the people — that I think I’ll miss most of all.”