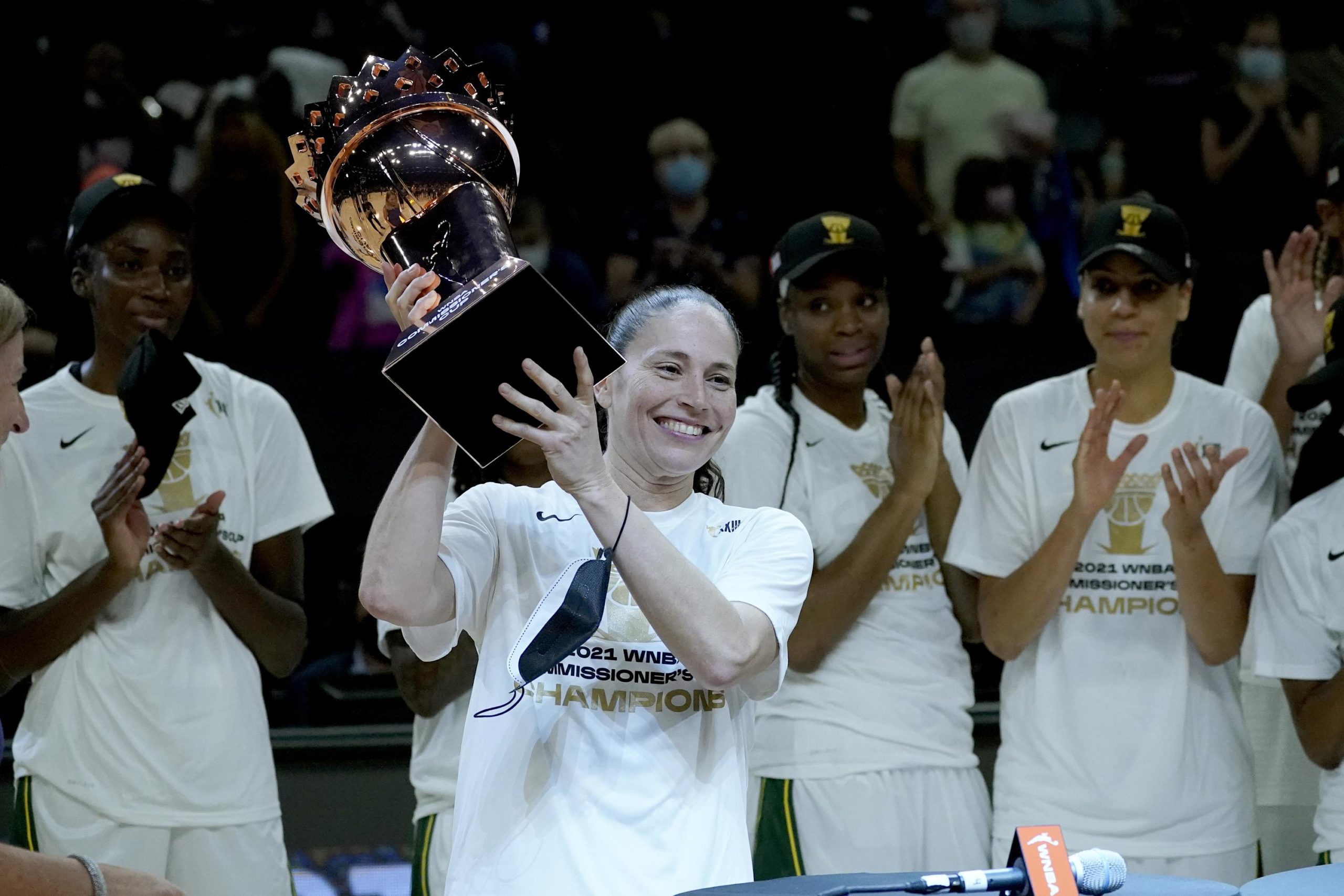 Those trips have become more meaningful lately with her career coming closer to the end.

“It’s a chance to have my friends and family come watch,” Bird told The Associated Press in an interview after practice Tuesday. “For them to watch me play and for me to see them afterwards. It worked out great; we are here for two games. That excitement never ends.”

Her friends and family will have to wait until Friday to see the New York native play, though. She’s sitting out the Seattle Storm’s Wednesday night’s game against the Liberty as she’s still recovering from the Olympics where she led the U.S. to a seventh consecutive gold medal and earned her record fifth in the process.

How many more chances people will get to see her play in New York is still unknown as Bird doesn’t know when she’ll retire.

“When I’m in a season it’s hard to wrap my head around that,” the 40-year-old said. “My personality, I guess, is not going to deal well with that. It can overwhelm me. It’s an ongoing conversation since it would be silly to not ask yourself the questions as you’re going through it, otherwise it will be a big surprise at the end and I don’t want to go through that. I want to be prepared in a way, mentally and emotionally. At the same time, I’m not in a place to make any statements about anything.”

When she made the Tokyo Olympics her last one, she decided that a long time before the first game was played.

“I’ve had some friends say ‘you better tell me so I can make plans’,” Bird said. “At the end of the day, I have to do what’s right for me and what I can handle. It’s no secret, we’re closer to the end than the beginning. getting closer and closer with each season that goes by.”

Bird is fortunate that her fiancee Megan Rapinoe is going through a similar discussion about retiring from the U.S. national soccer team. The two bounce things off each other.

“We’re both going through it, which is nice,” Bird said. “There are days we can dig deep or others where we’re like not today. I don’t want to go there today. ”

Bird doesn’t have much left to accomplish in her career. She’s the league’s all-time assist leader and has won four championships in Seattle, including two in the past three seasons. She’s still playing at a very high level.

“That makes it harder,” Bird said of still playing well. ’I think it makes it harder, but also I watched Lauren (Jackson) and what Lauren went through and have basketball taken away from her. It wasn’t her decision to retire. Her body made that decision for her. … I feel lucky if I retired in the next minute it would be my choice on my terms. I’m fortunate that’s the case.”