Best places to retire on the West Coast | Features 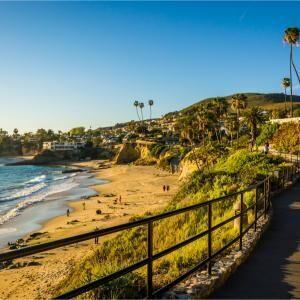 Retirement is known as one’s “golden years” for a reason. If planned well, retirement can be fun, social, and relaxing. However, much of retirement’s enjoyment depends on where one ends up living. And, for many, the West Coast is the ideal. There, you can find natural beauty, bustling cities, good hospitals, comfortable weather, and much more. But what areas of California, Washington, and Oregon are best for retirees? Wonder no more: Stacker has compiled a list of the 50 best places to retire on the West Coast.

Though the majority of these locations are in California, it’s worth noting that the California Dream can be complicated for retirees. It’s a notoriously expensive state. The U.S. Census Bureau’s American Community Survey showed a 2020 poverty rate among California seniors of 10.5%. To combat the issue, the state government in 2019 launched CalSavers, a retirement savings program for those who aren’t offered such accounts by employers. State officials have also discussed increasing access to food stamps for seniors and making it easier to qualify for Medi-Cal. Given all this, it’s clear that, depending on where you live, the ability to retire comfortably in California often rests on one thing: financial wealth.

However, the population of older Californians is still expanding. For those who can afford it, California boasts high life expectancy, a wide array of sights and attractions, coastal living, and year-round access to the outdoors. The good news for those on fixed incomes or low incomes is that Oregon and Washington have plenty of attractive, typically more affordable options, too.

For this list, only towns, cities, and suburbs in California, Oregon, and Washington were considered. The data was gathered from Niche 2020 rankings, which were based on the number of retirees in any given area; weather; access to health care; restaurants and other amenities; crime rates; and entertainment options.

What makes each of these cities fantastic for retirees? Read on to find out.

You may also like: Best small towns for retirees in America