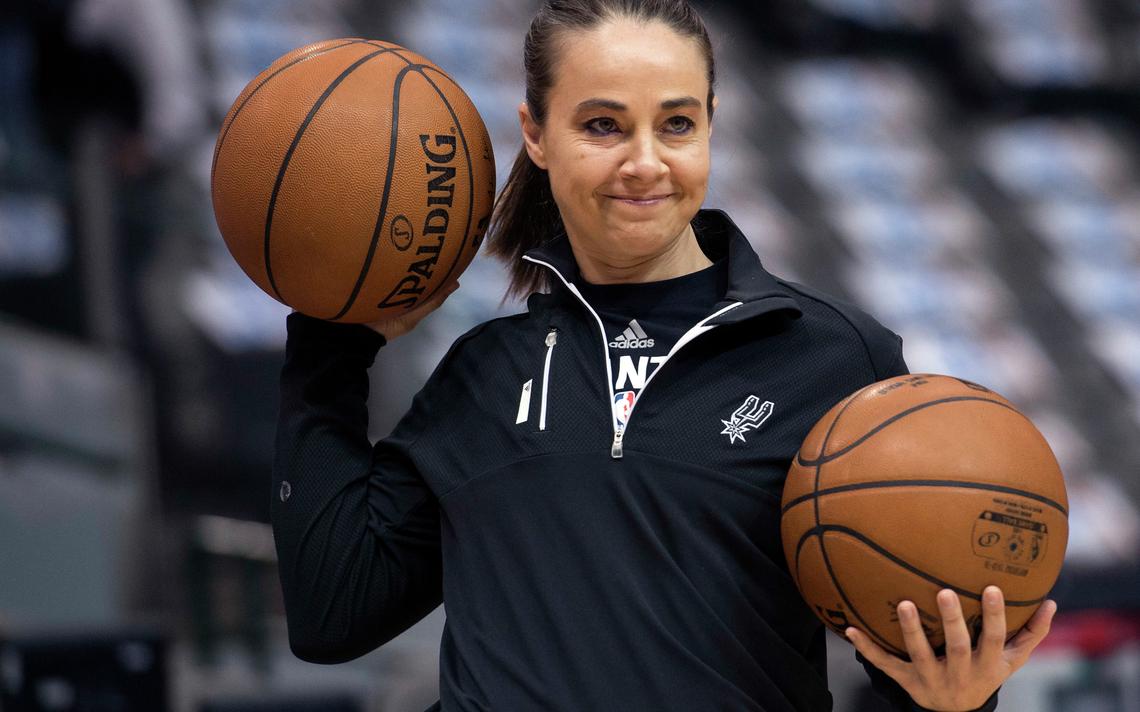 The Las Vegas Aces, a franchise for which Hammon played from 2007-2014 when it was known as the San Antonio Silver Stars, retired the former star guard’s No. 25 jersey at halftime of their game Monday afternoon, five years after its first retirement in San Antonio.

The Silver Stars retired Hammon’s jersey in 2016, but upon the franchise’s relocation in 2018, it left Hammon’s jersey in the rafters at the AT&T Center, which remains home to the NBA’s Spurs, in San Antonio. Hammon joined the Spurs’ coaching staff after her retirement from the WNBA in 2014, becoming the first full-time female coach in the history of the four major North American professional sports.

Fast-forward to today, and Hammon watched her former jersey ascend into retirement once again, this time at Michelob Ultra Arena on the Las Vegas strip.

“I was undrafted and played 16 years. I wasn’t supposed to be here, but here I am,” Hammon said during the retirement ceremony Monday afternoon. “… I couldn’t have dreamed of how the last 20 years have played out. You never know what’s going to happen when you show up and keep trying to get better every day.”