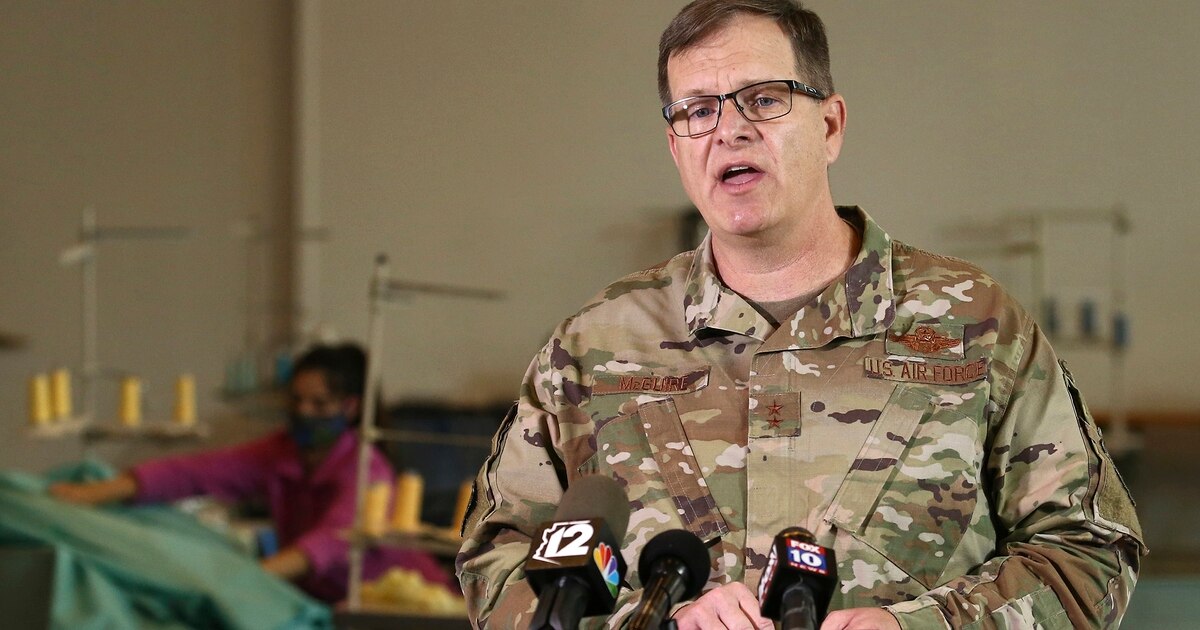 McGuire, the state’s top military officer since 2013, had planned to retire last year but stayed on because of the pandemic, Gov. Doug Ducey’s office said Friday in a statement.

“General McGuire’s solid leadership and expertise has been critical, especially during the COVID-19 emergency response,” Ducey said in the statement.

During the pandemic, National Guard personnel have performed a number of roles, including helping operate vaccination sites and transporting medical supplies to remote areas.

“The last year has been the most humbling and gratifying year of my service to watch the nearly 8,300 soldiers, airmen, and civilians of DEMA prove we are always ready, always there,” McGuire said.

McGuire was an Air Force fighter pilot after graduating from the Air Force Academy. He joined the Arizona Air National Guard in 2001 and commanded the 162nd Fighter Wing based in Tucson before being appointed adjutant general.

Sign up for the Air Force Times Daily News Roundup

By giving us your email, you are opting in to the Air Force Times Daily News Roundup.