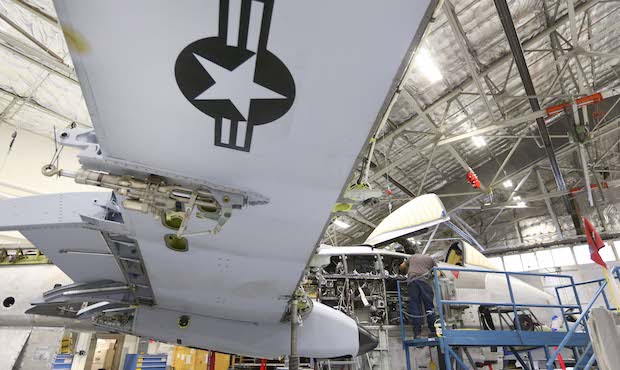 Biden proposed a budget plan for the 2022 fiscal year in which he calls for the partial retirement of the A-10.

Earlier this month, a bipartisan Arizona congressional delegation wrote a letter to Acting Secretary of the Air Force John Roth voicing their support for the A-10 Warthog despite failures to complete congressionally directed upgrades and repairs to the aircraft.

“As someone who has flown close air support in combat, I know that the A-10 is unmatched in carrying out its mission and provides an invaluable capability to protect American service members on the ground,” U.S. Sen. Mark Kelly said.

“The Air Force has failed to produce results of a fly-off meant to determine whether other aircraft could perform the same missions at the level required to protect American service members.”

Kelly went on to say that removing the A-10s from the military fleet “is the wrong step for our national security.”

Sen. Kyrsten Sinema echoed Kelly’s thoughts on the support to upgrade and repair the aircraft.

“Arizona servicemembers put their lives on the line to defend our country, and it is our duty to ensure they have proper support and resources,” Sinema said.

U.S. Rep. Tom O’Halloran expressed that the A-10 has saved many lives and has created hundreds of jobs to maintain the aircrafts.

“We must protect our A-10s and the military readiness and employment they provide to families near Davis-Monthan,” O’Halloran said.

The Arizona congressional delegation is asking Roth to answer questions as to why the Air Force has not re-winged the A-10 and made other assessments to the aircraft to ensure it’s proper capabilities.

We want to hear from you.

Have a story idea or tip? Pass it along to the KTAR News team here.