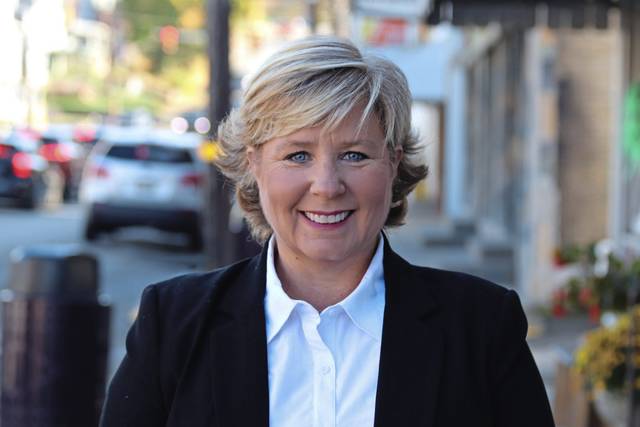 The job required her to be impartial and open, to help her connect with those in the community she reported on.

She believes those skills will serve her well if she is successful in the next chapter of her life.

Marcinkiewicz, 52, retired from WPXI on Monday. On Tuesday, she announced a bid for magisterial district judge in Evans City, Butler County. The seat, which covers 12 different communities, is now held by Wayne Seibel, who is retiring after 17 years. In Pennsylvania, magistrate judges are not required to have a law degree.

“I haven’t been a lawyer or law enforcement, but I’ve been right down the middle,” she said. “I’ve been the watcher and the keeper.”

Marcinkiewicz, who lives in Jackson Township, said she has been contemplating a run for magistrate for years.

“I want to serve the public in a different capacity.”

Being able to do so close to home, she said, would make it even better.

She says that, as a reporter, she would often meet people on the worst day of their lives.

“They invite me in, and then they thank me for coming into their lives,” she said. “That has been so overwhelming to me.”

WPXI news director Scott Trabandt said that since the announcement of Marcinkiewicz’s retirement, he has heard from people in the community who think of her as a neighbor and a friend.

“Amy is someone who cared first about getting the story right, no matter where that led her. She was dogged, but fair to those she reported on,” he said. “She is a mother, a wife, a community member and that always came through.”

Marcinkiewicz said that the stories of children who have been harmed will long stick with her — like the 4-year-old girl in Armstrong County who was starved to death by her parents. There are others, too, where she was able to see her coverage make a difference — like at Summit Township Elementary School, where her work exposing lead in the water supply in 2017 led to several resignations and changed how the district treated its water supply.

“The best stories are where you can effect change,” she said.

Marcinkiewicz believes that working as a magistrate judge will be similar to being a reporter.

“We do parts of that job every day,” she said. “I’m common sense. I know the law. I learn every day.”

Among her attributes, Marcinkiewicz said, is her ability to relate to people, and that she’s approachable.

“I work well with everyone,” she said. “I can root out the truth fairly and without bias.”

Ray Melder, a retired state police corporal who spent most of his career in the Butler barracks, said Marcinkiewicz would be a perfect fit as a magistrate judge.

“Amy was probably one of the most trusted journalists that we dealt with on a regular basis,” he said. “What really impressed me the most was I’ve watched her deal with victims, perpetrators and other police, and she truly knows how to be the consummate professional.”

Harold Hayes, who retired as a reporter with KDKA in 2016, worked side-by-side with Marcinkiewicz every time he covered a court case in Butler or Beaver counties.

“Whatever comes in the courtroom isn’t going to be new for her,” Hayes said. “She’s going to know how the process works because she’s seen it.”

Marcinkiewicz and her husband, Brad, have two daughters, Tess, who is 23 and works in digital media, and Emma, 19, who goes to the Children’s Institute.

Emma, who has global developmental delay, epilepsy, cerebral palsy and autism, is non-verbal, her mom said, but communicates in her own way.

Having a special needs daughter has required even more multi-tasking than is typically asked of parents balancing work and family, she said.

“We have a good support system at home — nurses, neighbors and friends.”

Hayes said that Marcinkiewicz’s advocacy on behalf of her daughter would serve her well as a judge, too.

“All of that, the hard edge you get being out in the field, and the soft heart you have dealing with your child and her challenges, will be a good balance,” he said.

On Tuesday, the first day candidates were permitted to circulate nominating petitions, Marcinkiewicz spent about three hours walking through the community. She logged 15,000 steps while she collected signatures.

Marcinkiewicz said she enjoyed meeting people — without the deadline pressure of having to turn a story.

“I’m a positive, driven person, and I’m going to give my all for this,” she said.

Paula Reed Ward is a Tribune-Review staff writer. You can contact Paula by email at pward@triblive.com or via Twitter .