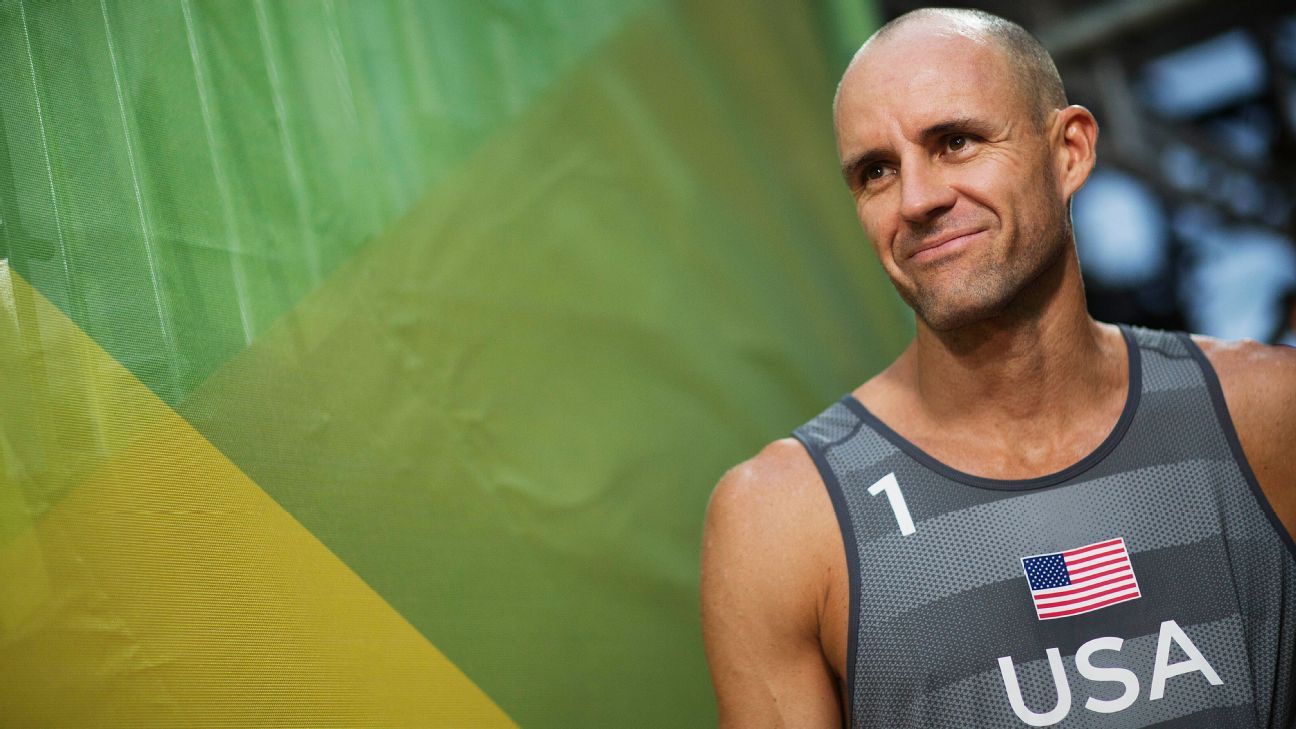 TOKYO — Jake Gibb lingered on the sand at the Shiokaze Park beach volleyball court to say goodbye after his fourth trip to the Olympics came to an end.

To his temporary teammate, Tri Bourne.

And to international competition, for good.

One day after 2008 gold medalist Phil Dalhausser announced that he was retiring, Gibb said he would join his fellow four-time Olympian on the sideline.

Bourne was a last-minute swap after Gibb’s original partner, Taylor Crabb, tested positive for COVID-19 when he arrived in Japan. The shotgun partnership had just three practices before their first match, but they made it out of pool play with a 2-1 record.

“For me, I just feel lucky,” said Bourne, a first-time Olympian. “It’s been such a crazy time for them, but a huge opportunity for me. So I want to be respectful, because they earned the spot, and they’re going through a lot. But they embraced me, and gave me the opportunity to come do what I love and try to see what I could do on the biggest stage.”

Julius Thole and Clemens Wickler beat Bourne and Gibb 17-21, 21-15, 15-11 to advance to the quarterfinals. They will play Russians Viacheslav Krasilnikov and Oleg Stoyanovskiy.

The Americans trailed 16-14 in the first set before scoring seven of the next eight points. After losing the second 21-15, they fell behind 12-6 in the third and could only get back within three points.

“I’m sad that Taylor’s not here with me, and I’m also proud of Tri for stepping in,” Gibb said. “That was a journey that we went on together and props to this guy for stepping in in weird, weird circumstances and just playing some amazing ball.”

Keep up with the Summer Games in Japan on ESPN: Read more »

In other men’s action, defending champion Alison and his partner Alvaro Filho of Brazil advanced to the quarterfinals by beating Mexico. Alison’s partner for their home victory in Rio de Janeiro, Bruno Oscar Schmidt, and his partner Evandro were knocked out by Latvia.