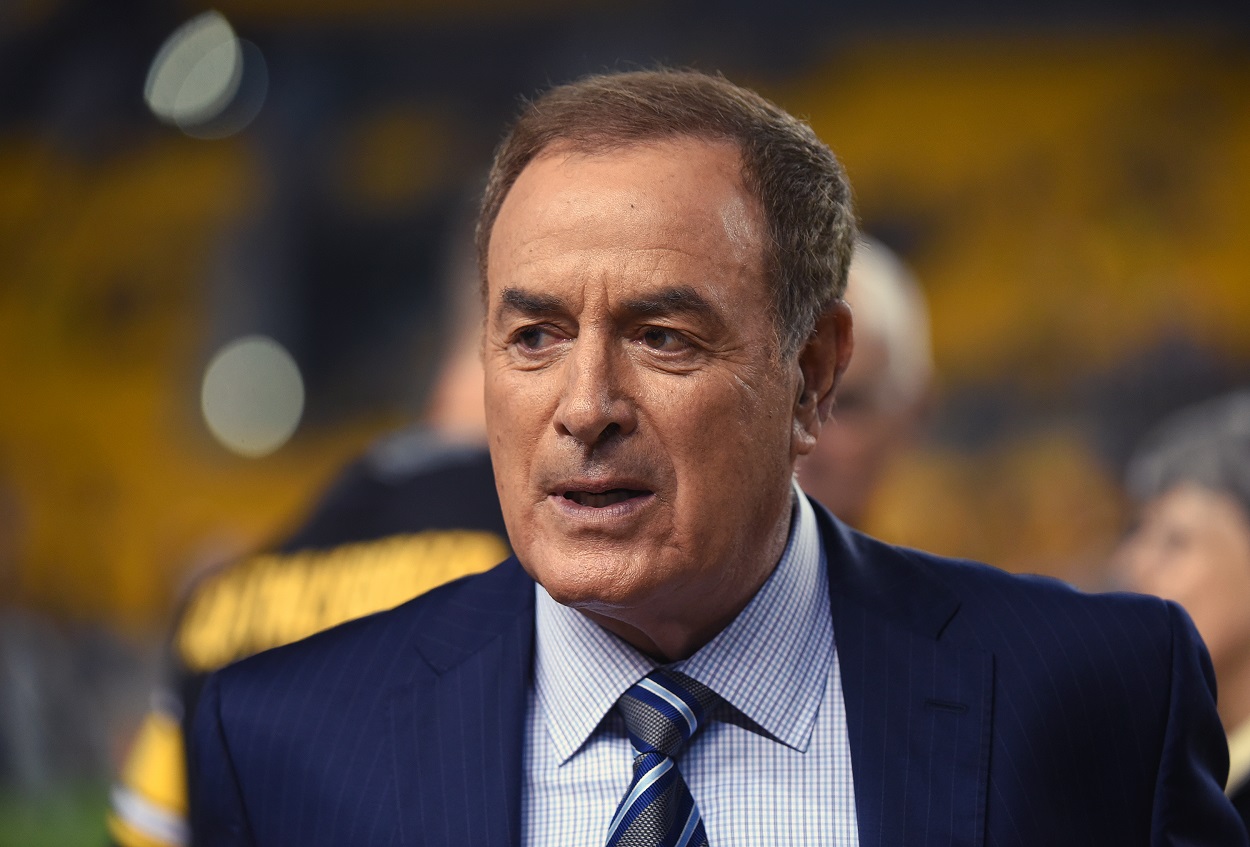 Al Michaels has spent nearly four decades in the broadcast booth. As Michaels inches closer to his 80s, it’s brought forth lingering conversation regarding retirement. The legendary broadcaster has finally provided clarity concerning his future beyond the 2021 NFL season.

Since beginning his broadcasting career in the 1970s, Michaels remains a firm fixture in the business.

The 76-year-old has spent nearly four decades covering various sports, such as the Winter Olympics, the World Series, horse racing, the Super Bowl, and college football. Michaels served as the play-by-play announcer for ABC Monday Night Football from 1986 to 2006, next to Hall of Famer John Madden.

After leaving the position, he moved to NBC Sunday Night Football, where he’s primarily worked alongside Cris Collinsworth, including calling a few Super Bowls. As he pushes closer to retirement, he’s addressed the situation again.

Over the last several years, Michaels has taken on a lighter work schedule as he moves closer to his 80s.

It’s kept retirement a prominent discussion as he continues to address speculation. Before the 2021 NFL season begins, Michaels discussed the matter, voicing that he won’t determine his broadcast future until after the upcoming campaign.

“Not really, because it’s a long season,” Michaels said via Neil Best of Newsday. “I know there’s a lot of stuff that’s already been out there, but frankly, I have chosen to just concentrate on what’s directly ahead of me right now. I’ve been doing this for a long time, still love doing it. I don’t know what the future holds. And that is the truth.

“But as we go through the season and we get toward the end of it, I think there will be a little bit more clarity and I’ll see how I feel about certain things. But all I know is I just want to make this, which is Year 36 for me on prime time football, the best. Then we’ll see what happens.”

Michaels remains focused on the task at hand with first getting through the 2021 season. He has committed to working through this year, while NBC Sports should be well aware of the status of the situation beyond that point.

Ultimately, it’s a decision that lies solely in his hands as he can extend his broadcast career as long as he desires.

Until Michaels announces his retirement, he remains a firm fixture in the NBC broadcast booth for Sunday Night Football.

However, it hasn’t stopped the network from preparing for the inevitable pathway ahead. Indications of that plan began in the 2020 season as Michael’s workload was scaled back a bit. It’s led to Mike Trico stepping in his place as the play-by-play announcer alongside color commentator Cris Collinsworth.

“It’s great for Mike and it’s great for me,” Michaels said on The Peter King Podcast. “It’s a great thing. I am doing most of the games and be refreshed and keep it going as long as I can.”

Trico will likely once again cover a few Sunday Night Football games in 2021. Nonetheless, whenever Michaels decides to retire, the company is ready for the transition.