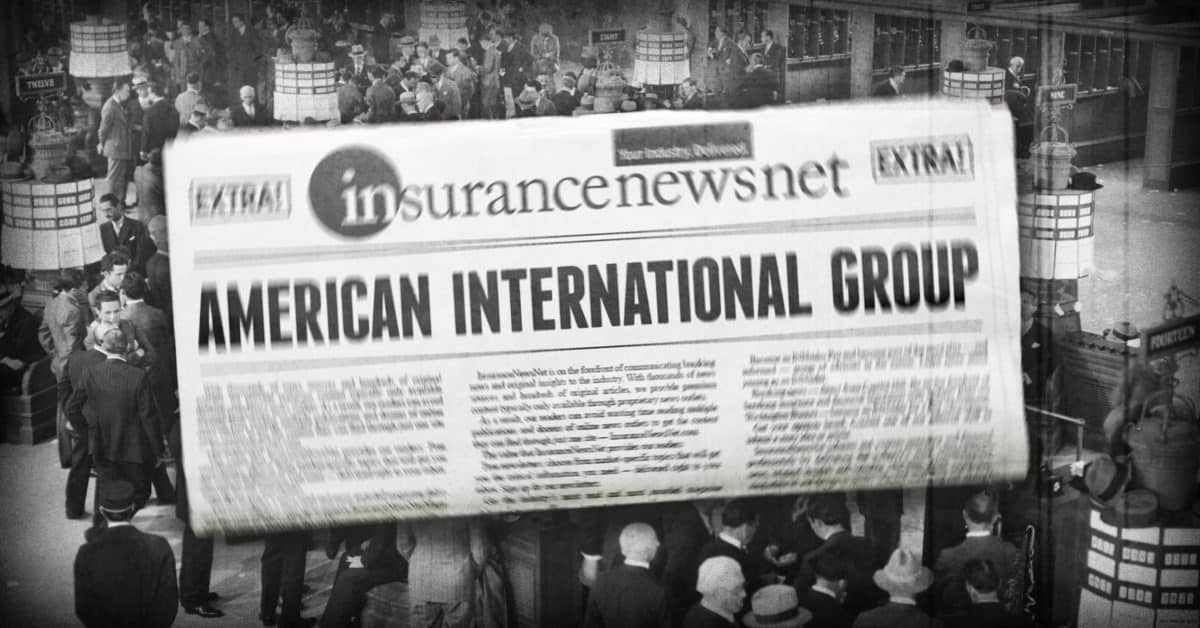 Completion of a sale could potentially linger into the second quarter, he added during a third-quarter conference call. AIG announced its plan to sell 19.9% of Life & Retirement — either through a private sale or a public offering — during last year’s third-quarter call.

Since then, sale of AIG’s housing portfolio and successful tax strategies means “we’re no longer constrained in terms of how much of life and retirement we can sell,” Zaffino said.

“Having said that, we currently expect to retain a greater than 50% interest immediately following the IPO and to continue to consolidate life retirement financial statements until such time as we fall below the 50% ownership threshold,” Zaffino said.

Earlier this week, AIG officially closed a deal to sell a 9.9% equity stake in Life & Retirement to Blackstone for $2.2 billion in an all-cash transaction.

For the quarter, Life & Retirement was a strong contributor to the AIG’s profitability, delivering adjusted pre-tax income of $877 million and a return on adjusted segment common equity of 12.2%.

“Individual Retirement, excluding retail mutual funds, which we sold in the third quarter, maintained an upward trajectory with 27% growth,” Zaffino said. “In sales year over year, our largest retail product, index annuity, was up 50% compared to the prior-year quarter.”

Overall, AIG reported net income attributable to common shareholders of $1.7 billion, a substantial increase from the $281 million collected in the third quarter 2020.

Average CAT losses over the last five years have been $114 billion, up 30% from the 10-year average, and 40% from the 15-year average, Zaffino said. AIG is studying the increased CAT risks in order to better price those threats going forward.

“We’ve never seen consistent CAT losses at this level and as an industry need to acknowledge that frequency and severity has changed dramatically as a result of climate change and other factors,” Zaffino said.

AIG posted an underwriting income of $20 million in its general insurance business in the third quarter, compared with a $423 million loss a year earlier. The company reported 97 cents per share on an adjusted basis, beating analysts’ estimates of 88 cents.

AIG provided the following details on its Life & Retirement performance:

Life and Retirement reported adjusted pre-tax income of $877 million for the third quarter of 2021, down 13% from $1 billion in the prior year quarter. The third quarter of 2021 included a $166 million unfavorable impact from the annual actuarial assumption update, unfavorable mortality, higher general operating expenses and increases in deferred policy acquisition costs amortization and reserves primarily in Individual Retirement and Group Retirement, partially offset by higher fee income as well as strong alternative investment income across all segments.

Premiums were $1 billion, up from $785 million, or 33%, from the prior year quarter driven by higher pension risk transfer activity in third quarter of 2021. Premiums and deposits increased 3%, or $236 million, from the prior year quarter to $7.2 billion due to the recovery from broad industry-wide sales disruption resulting from COVID-19 and the increase in pension risk transfer activity.

Individual and Group Retirement net flows were negative $919 million, a significant improvement of $807 million from the prior year quarter due to a recovery from 2020 sales disruptions from COVID-19.

Excluding Retail Mutual Funds, which was sold in third quarter of 2021, Individual Retirement recorded net inflows of $240 million compared to net outflows of $110 million in the prior year quarter, largely due to a recovery from the broad industry-wide sales disruption resulting from COVID-19. In the Group Retirement business, net flows were negative $1 billion, slightly elevated than the prior year quarter reflecting higher surrenders.

InsuranceNewsNet Senior Editor John Hilton has covered business and other beats in more than 20 years of daily journalism. John may be reached at [email protected] Follow him on Twitter @INNJohnH.