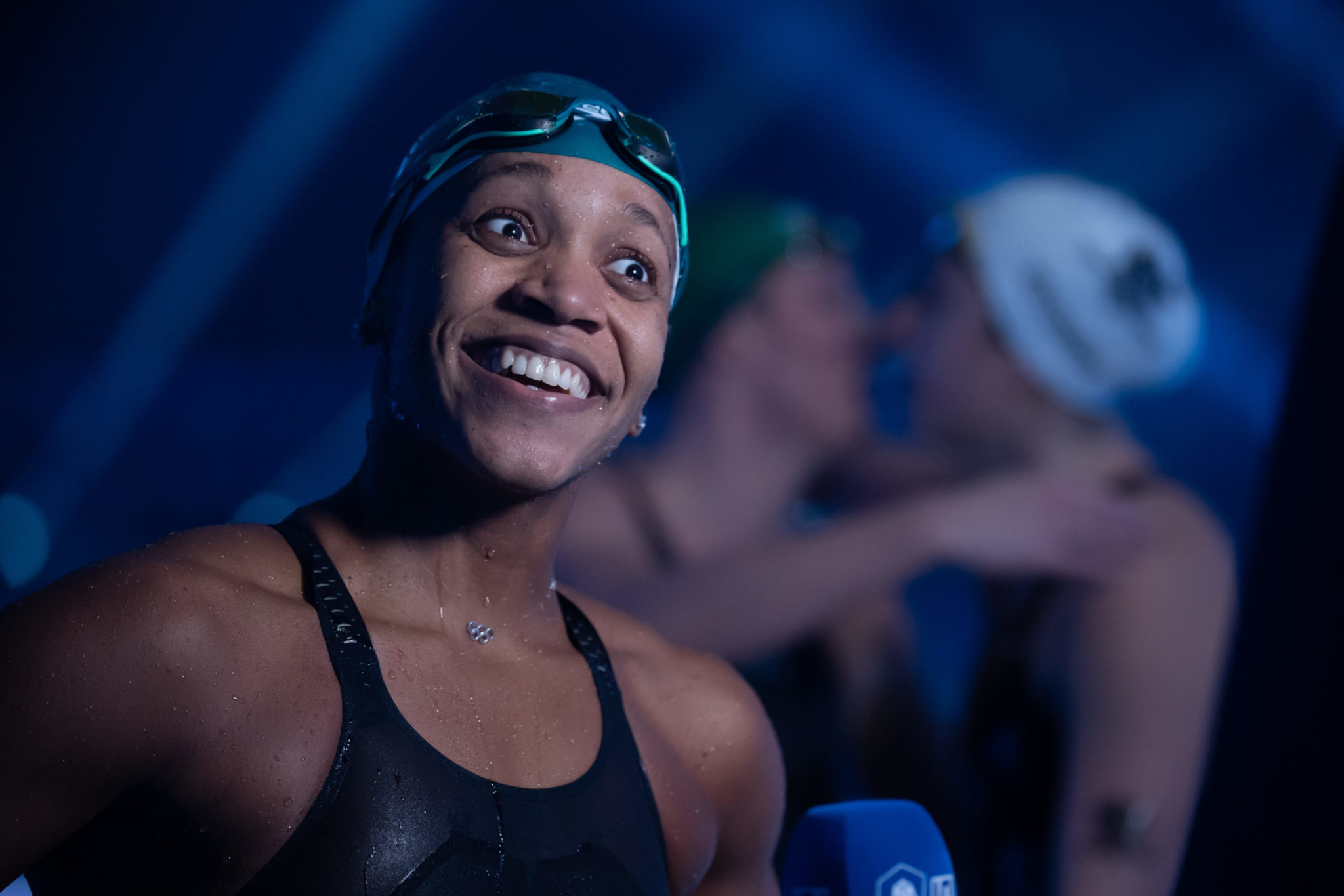 The Jamaica Observer reported on Monday that five-time Olympian Alia Atkinson is mulling retirement at the end of the year.

Atkinson competed in her fifth Olympic Games in Tokyo, swimming in prelims of the 100 breaststroke on Sunday night. She finished third in her heat and did not qualify for the semifinals. Atkinson made the final in this event in each of the last two Olympics: she placed 4th in London in 2012 and 8th in Rio in 2016.

She told the Jamaica Observer, “If you see me next year, then ask me what happened because that’s not the plan right now. I’m going to finish off the rest of the year as I have World Cups and ISL [International Swimming League] coming up, so we’ll see there, and then December we probably look at where I am in life.”

Atkinson has already begun thinking about the next phase.

“My autobiography is coming out and that should be good, I have some swim lessons and swim camps all over the world so that should be fun as well, and just giving back.

“My children’s books, I really want to put the time into that and see if that’s where I can actually venture into. I never had the time to actually sit down and do it and put work into it, so I think that’s where I want to go.”

Atkinson broke the World Record in the SCM 50 breast at the 2018 World Cup. Later that year she added two more World Championships gold medals (50m and 100m breast) and a bronze in the 100 IM. She

In her interview with Jamaica Observer she stressed what has been most important to her during her long and successful career: “I think it was all the people I met growing up in Jamaica swimming, and then being an introvert and getting on this stage and having world record holder and medallists and all these people and being among them and having that respect among them, I think that is something I have earned throughout the years, so I think that’s my greatest achievement just looking back and seeing all the success and respect I’ve gone through. My teammates, people on the pool deck, officials and coaches, and stuff,” she said.