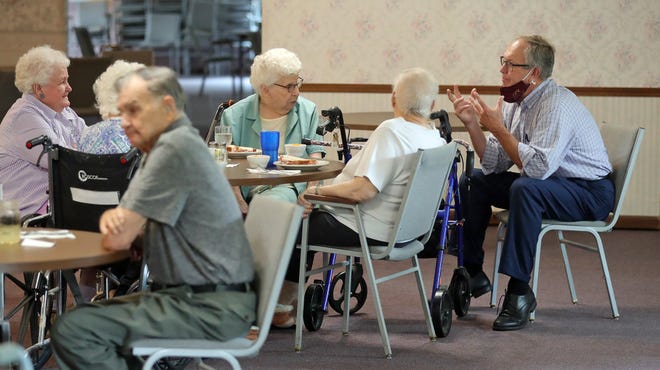 Long-term care centers across the U.S. say they’re under financial strain amid the COVID-19 pandemic.

For Stow-Glen Retirement Village, already on shaky financial footing, the strain of dropping revenues and rising costs — including personal protective equipment and staffing — was too much.

It collapsed into chaos at the end of July, pushing most of the 200 residents out within days.

Interviews, combined with state and court records, tell the story of Stow-Glen’s demise. But some elected officials fear other abrupt closures of long-term care centers could follow.

In Summit County, a nursing home task force is developing protocol for what to do if that happens.

In Stow, the mayor rallied an army of volunteers to help move residents and make sure the ones left behind were fed.

But not every city or town is prepared to do that, officials said.

The Beacon Journal spent weeks piecing together what happened at Stow-Glen and looking at the larger issue of long-term care, as 55% of U.S. nursing homes reported last year that they were operating at a loss, according to the American Health Care Association and National Center for Assisted Living.