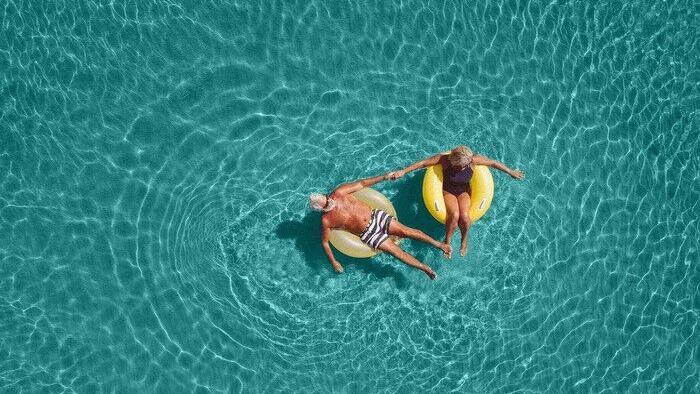 That should make dividend stocks even more enticing to retirees, because they tend to be less volatile than other stocks on the market. This is partially due to the fact that they produce returns regardless of market performance, so people tend to buy them up in times of uncertainty. Additionally, companies that pay dividends tend to be more mature and stable. Growth companies choose to invest their cash in aggressive expansion, but companies like Walmart and Coca Cola chug along and return cash to shareholders. They don’t have the same growth opportunities, but they’re also less likely to experience severe reductions in financial performance.

Income and stability are great features of dividend stocks, though many would argue that bonds are actually better at delivering those benefits. True or not, dividend stocks differentiate themselves by offering another key characteristic — growth.

Dividend stocks lag the high-flying tech and consumer cyclical stocks during bull markets, but they still appreciate over the long term. Most financial plans wisely call for reduced risks in retirement, but you can’t abandon growth altogether. Your investment time horizon may shrink from decades to years, but it’s still important to plan for the latter years of your retirement.

Inflation is a constant force that will erode buying power every year, which is really a problem on a fixed income. Dividend stocks combat inflation by rising with the rest of the market. Healthcare costs are another major concern for older people, and the average American couple incurs around $300,000 in medical expenses during retirement. Bonds or savings accounts probably aren’t going to appreciate enough to comfortably pay for hospital bills 20 years down the road.