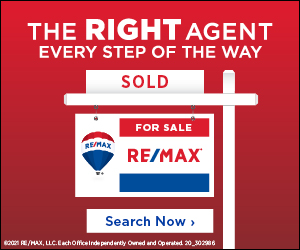 During the Jan. 26 work session, the Mayor and Council feted Ocean City Police Department (OCPD) Sergeant Doug Collier during a virtual Zoom ceremony for his 31 years of service with the department. During his three decades-plus, Collier rose through the ranks to become a sergeant.

During his career, Collier was an instructor in many aspects of the OCPD including a firearms instructor, defensive tactics instructor and taser instructor. He was perhaps best known for his contributions to the traffic safety unit and drunk-driving enforcement, but he also trained officers in CPR, AED and first-aid. Chief Ross Buzzuro recognized Collier for his 31 years of service to the department.

Mayor Rick Meehan also recognized Collier and pointed out in a different time his virtual retirement ceremony would have been held in front of his colleagues.

“I echo everything the chief said,” he said. “I know how much your service meant to the town. I know the council chambers would have been packed with your fellow officers.”

During the same virtual meeting, the Mayor and Council recognized the retirement of longtime Ocean City Municipal Airport technician John Pierce, who is hanging it up after 28 years of service to the resort. Airport Manager Jaime Giandomico said Pierce’s role at the airport went far beyond his job as technician. Essentially, Pierce helped coordinate countless flights in and out of the municipal airport in his nearly three decades of service, acting as much as an ambassador for the resort as a technician.

“On behalf of the Ocean City Municipal Airport family, it’s been a privilege to work with you and a little bit of a heartbreak to see you go,” he said. “I just want to recognize John’s retirement and his years of dedication and professionalism.”

“It’s one of those bittersweet moments,” he said. “Everything Jaime said is representative of everybody who works at the airport. John always represented Ocean City with the highest level of integrity.”